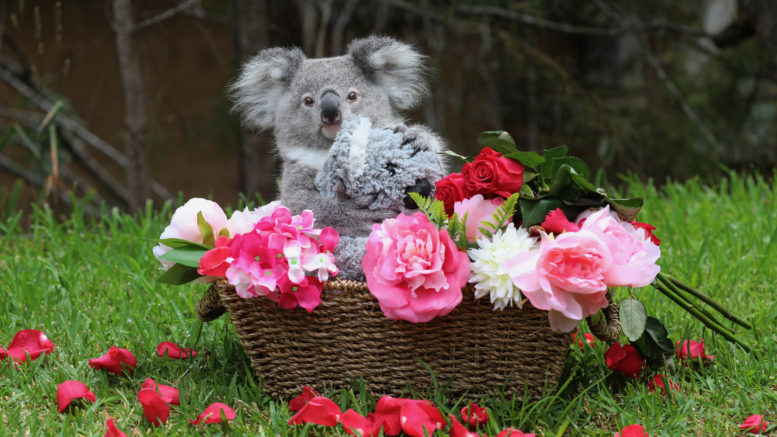 Two of the Australia Reptile Park’s koalas, Elsa and her sister Anna, were probably the most loved animals in Australia on Valentine’s Day, receiving a bouquet of roses and a showering of love by park keepers.

In a cute video released by the Park, the pair were seen receiving kisses and cuddles from staff all day for Anna’s first-ever Valentine’s Day.

Elsa had a rough start to life as her mother was unable to produce milk for the joey, and keepers were forced to intervene as she would not have survived otherwise.

Since then, Elsa has thrived and grown into a perfect little koala.

This makes Anna and Elsa beloved sisters just like their namesakes from Disney’s movie Frozen.

The pair have a very special bond and are often seen enjoying their lunch together.

Mammal keeper, Hewin Hochkins, said the two are the most affectionate koalas staff have had the pleasure of working with.

“It’s more important now than ever to show the world just how special our koalas are and the importance of our crucial breeding program.

“If this video encourages just one person to donate towards koalas and their protection, then we can say we have spread the love this Valentine’s Day.”

Prior to the fires that ravaged Australia in 2019 and 2020, over 90 per cent of koala habitat had already been lost with the remaining 10 per cent being fragmented and vulnerable to intense bushfire.

It is estimated if koalas decline at the current rate, they could be extinct as soon as 2050.