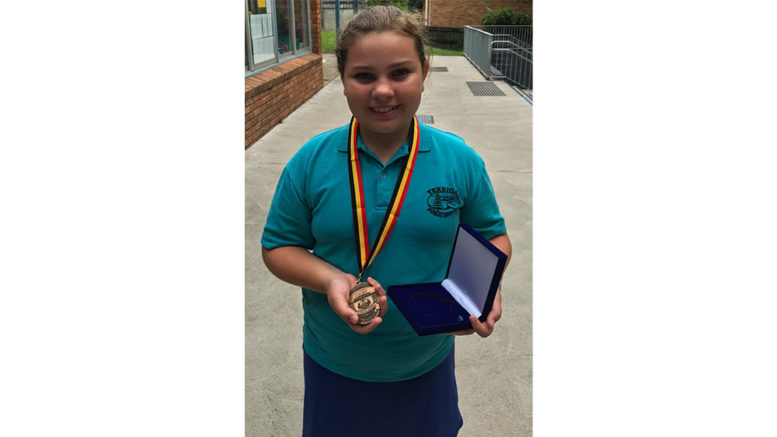 Year 6 Terrigal Public School student, Bethany Johnston, has been awarded a NAIDOC Medal of Excellence for her entry in the 2020 NAIDOC Week competition.

Principal, Michael Burgess, said she was one of only 25 students from across the state awarded a medal.

“There are two parts to the competition; one is the artwork part, the other is creative writing or essay,” Burgess said.

“She was given a Medal of Excellence and was the winner in the artwork selection of that competition.”

Bethany was up against other students from Kindergarten to Year 12 right across the state.

“Most students in the school created entries and a number of them were entered into the NSW competition,” Burgess said.

“But Bethany was chosen, and her artwork was recognised.”

She was presented with her award at a Terrigal Public School online assembly.