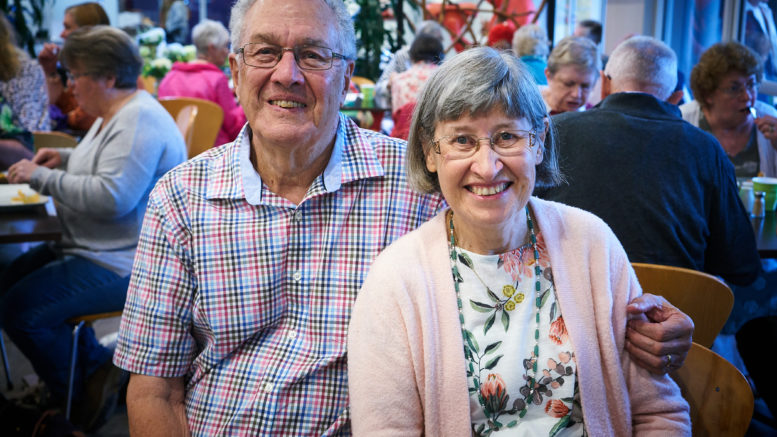 Awarding Life Membership is a way of recognising the significant contribution of particular members over many years.

Both have been active in society since joining in 1991 and joined for their love for the outdoors.

“My aim was to learn about Australian native plants,” Barbara said.

“By joining the group, you would go on a bushwalk, and there were people in the walking group who had lots of knowledge to teach you.

“That’s how we started, but then it was a case of wanting a native garden, so we started planting native plants.

“We still have some non-native, but we concentrated on native plants and learning about them.”

Andrew said when they joined The Australian Plants Society Central Coast Branch almost 30 years ago, they were made very welcome.

“We were taken under other members’ wings and encouraged to be involved,” he said

Andrew has held Committee positions as President and Vice President, Program Officer and many other roles.

He has promoted the growth of native plants with many other community organisations and has worked closely with the Community Environment Network and Habitat for Wildlife.

His collection of photographs of plants, fungi, birds, and insects have inspired other photographers.

Barbara has also held many positions in the group over the years, including Publicity Officer, and her knowledge of plant identification has been invaluable as she has led, and continues to lead, regular bush walks for the group.

The Melvilles have both worked in the stalls at the annual Kariong Plant Lovers Fair, Gosford City Markets Spring Festival and many other events.

They have also participated in the Plants in Pots Group and have never missed a meeting.

When asked about their own garden, Barbara laughed and said it was “a little bit of a mess at the moment”.

But said she is optimistic about the coming spring.

“Our yard is mostly garden; we have little grass, many trees, mostly native, one exotic; and we have a little forest in our backyard,” she said.

They have been thanked for their ongoing contributions to the promotion of native plants on the Central Coast.