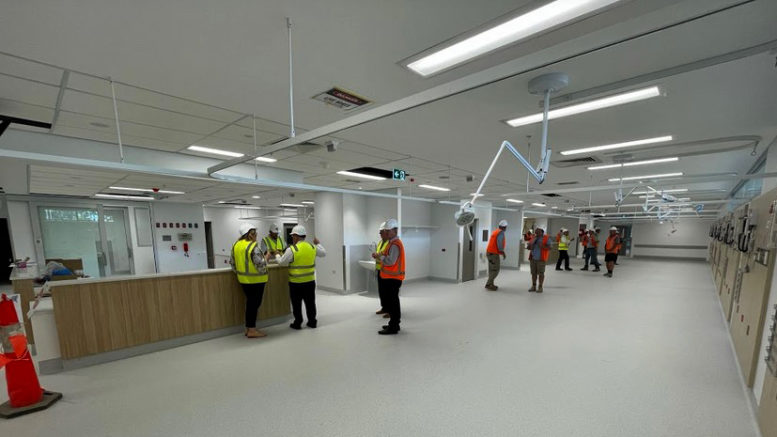 Redevelopment of Wyong Hospital is powering forward with the new six-storey building set to be completed and operational in July.

The building will include an expanded emergency department, an intensive care unit, a psychiatric emergency care centre, a paediatric unit, an expanded medical imaging department and a medical assessment unit as well as additional inpatient beds with future expansion space.

Refurbishment of the existing building will include more operating theatre capacity by construction of one new theatre, three new recovery beds, as well as new office spaces and storage, a medical day unit and an expanded transit lounge.

The refurbishment will be completed by early 2022.

“The first sod was turned in October 2019 and work continues to power along with more than 800 construction jobs created so far,” he said.

“With the Central Coast’s population expected to grow by 95,250 up to 2041, Wyong Hospital is being redeveloped with an eye to the future.

“During the 2019-20 financial year, a total of 69,112 people presented to Wyong Hospital emergency department and this will continue to increase as our population grows.

“Careful consideration has been given to co-locating services in the new Wyong Hospital, such as placing the emergency department and medical imaging side-by-side to ensure that patients are provided with the most efficient and high-quality care.

“The new emergency department has also been planned with additional capacity for growth to meet the predicted future increase in demand,” Crouch said.

The new building is expected to be completed in July 2021 and the refurbishment of the existing building will be completed by early 2022.