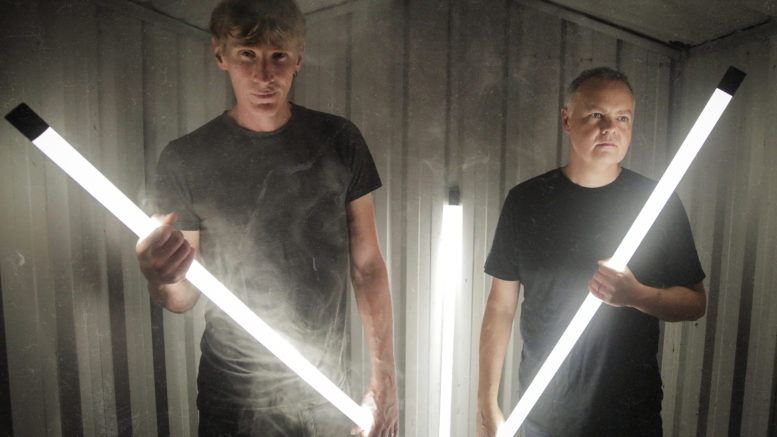 The Peninsula area is being showcased to the world with two new music videos featuring Umina, Patonga, and Ettalong’s beaches, streets, and landscapes.

Local band eXpiral has launched its debut album Evolution Zero which was written, produced and filmed on the Central Coast.

Lead singer and Umina local, D Hughes said the band’s debut video, Faster Than You, was filmed at Umina and Patonga, and had had more than 18,000 views on Facebook.

“We wanted to capture the essence of summer on the Coast,” Hughes said.

“Our second video, Just Keep Flying, is super-cool, it was filmed at the iconic Mt Ettalong water tower.

“It’s really just a bit of fun with an alien conspiracy theory.”

Hughes and seasoned musician Simon Slee wanted to create a raw, melodic sound with a nod to the grunge era of the ’90s.

“It’s about re-interpreting what made the ‘90s alternative sound cut through,” Hughes said.

“That starts with not only mimicking analogue recording processes in a digital world but also balancing the excitement of imperfect performance against the often-sterile, perfect digital precision of today’s music.”

Both artists have a history of songwriting in other bands, but this is the first time the two primary songwriters have teamed up to make the ultimate Central Coast collaboration.

The debut album is available on all major streaming platforms with limited edition CDs available in late February.