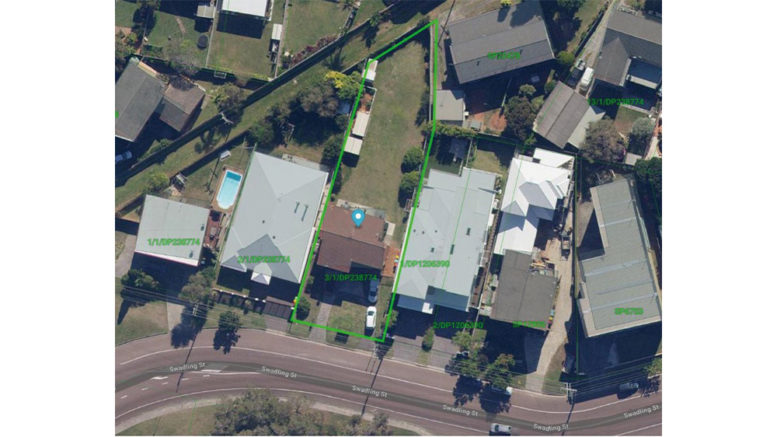 An aerial image of the site for five houses

A proposal for five dwellings at 120 Swadling St, Toowoon Bay, is under assessment by Central Coast Council.

The existing house and other structures will be demolished to make way for a strata title subdivision and five houses on the 982sqm site. (DA 1347/2020)

There will be three visitor car parking spaces and each residence will have a single garage.

The rear setback should be 4.5m, but at its least, is 1.27m and ranging up to 8.9m, and the SEE says this is a clear result of the splayed rear boundary.

The SEE says the proposed rear boundary on average is well in excess of the 4.5m rear boundary control and strict compliance would result in lesser urban design and landscaped outcome.

It says a 6m-wide reserve at the rear provides greater visual separation to adjoining properties.

A proposed visitor car parking space at the front of the development will be screened from the street via dense landscaping and a feature wall and it will be big enough to double as a car wash bay.

Although three of the dwellings fall short of the private individual open space requirements under the DCP of 45sqm, the SEE states the proposal is well in excess of requirements in the Low Rise Medium Density Guide for Development Applications.

The site is opposite a park and close walking distance to the beach which reduces the need for larger private open spaces, the SEE says.