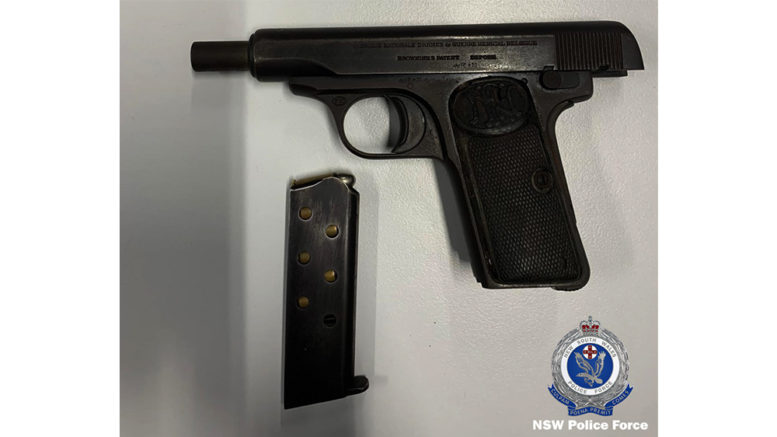 A car search revealed this weapon

A man has been charged after a firearm and drugs were located during a vehicle stop by police patrols.

Shortly before 2am on Thursday, February 11, police stopped a Subaru Impreza in Gosford due to the manner of driving and spoke to the 19-year-old male driver and his male passenger.

During a subsequent search of the vehicle, police located a loaded firearm underneath the driver’s seat, along with cannabis, MDMA and cash.

Investigations into the matter are continuing.