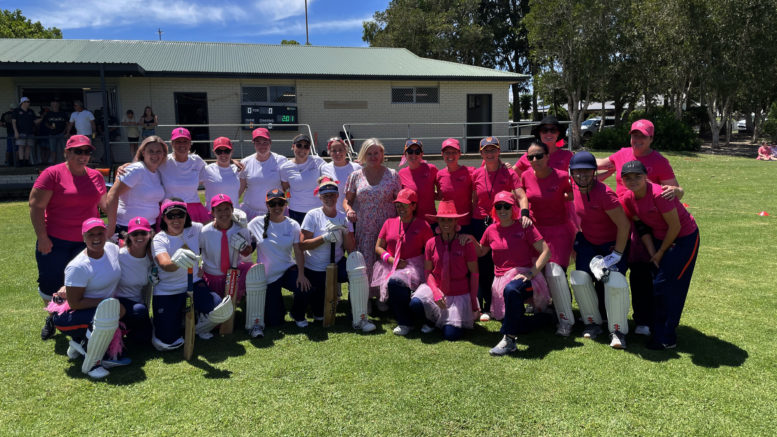 Northern Power Cricket Club has raised over $20,000 toward the Kelly McGrath Foundation at their annual Pink Stumps Day on Sunday, February 7.

Many events were organised with a combination of cricket and fundraising games for the club and the surrounding community of the northern Central Coast.

In the morning, the youth girls’ and boys’ squads came out for a game of cricket while they waited for McGrath Foundation member, Tracy Bevan, to arrive.

As one of Kelly McGrath’s close friends, Bevan talked to the club about the Foundation’s mission in combating deaths by supplying breast care nurses to women suffering from breast cancer.

Northern Power Club Social Secretary and event organiser, Kelly Jolley, commented on the motives behind throwing this event for the second year running and the plans for its future in the club calendar.

“We never thought that we would raise as much money as we did and it was such a fun day that we knew it was going to become an annual event.”

Throughout the day, more chances were had to donate money including a Calcutta auction of life members, selling boundary signs to businesses and raffles.

The local Mexican restaurant at Toukley, Mexicoast Cantina, also got involved by creating their new February cocktail, the Lady Jane, with profits made to go towards this fundraising cause.

“We have members in our club who have suffered with cancer, but we also have a very supportive wider community with people who get behind everything we do at the club,” concluded Jolley.

“Our men have been supportive of the women and juniors and this makes everything much easier to organise.

“Due to all this, we know that our Pink Stumps Day will be something to look forward to on our calendar every year, without fail.”