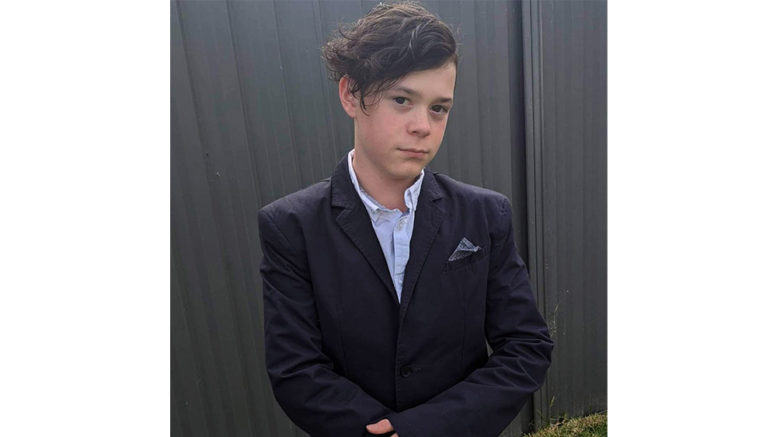 What was initially thought to be growing pains, has proved to be a bigger challenge for sweet and bubbly 12-year-old, Cohan Daly.

On December 31, 2020, he was diagnosed with a bone cancer called Osteosarcoma, and now his parents are asking for financial assistance to help pay for his treatment.

Cohan currently has over 15 tumours both behind his knee and across his lungs, requiring him to undergo chemotherapy in Sydney for the next six months.

Cohan’s aunt, Tammy Fardell, has started a GoFundMe page to assist Cohan’s parents, Ellicia and Michael Daly, in paying for treatment after they recently dropped to a single wage.

Ellicia lost her job due to her inability to provide stable work hours because of the chemotherapy’s rotating schedule and her refusal to leave Cohan during this time.

Cohen’s father, Michael, is working full time as a mechanic to pay the bills to the best of his ability but expenses have started to stack up, and the loss of income is being felt.

As Elliicia’s older sister, Fardell said she had always been able to fix everything, but this was different.

“(With my younger sister) I have always thought, I’ll fix it, but when she told me, I thought, I don’t know how to fix that,” Fardell said.

“Every little bit helps because it means my sister and brother-in-law don’t have to worry about how the mortgage is going to be paid.”

The Dalys also have another son, Cooper, who has autism.

He is required to travel down to Westmead Children’s Hospital each week.

“His brother Cooper has autism, and he understands what is going on, but at the same time, he is quite blasé about it which has helped Cohan a little bit because he is not treating him any different,” Fardell said.

Cohan has recently started Year 7 which Fardell said he would continue to the best of his ability.

“We have all tried to take a leaf (out of) Cohan’s book; he is an amazingly strong child,” she said.

“Helping him to not focus on [his diagnosis] is where we are at the moment.”

The campaign already has $20,000, and Cohan has maintained his smiles and positivity, but Fardell said the treatment and events have been unimaginably hard for him and his family and they would be grateful for any support.