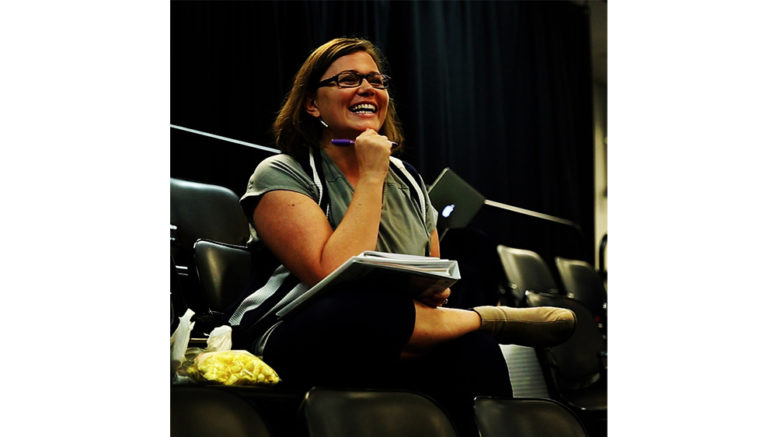 Christie Koppe is one of three Central Coast residents to receive a Create NSW Play the City (Sydney) grant from the State Government and will use the money to help finance her theatre piece, The City.

The initiative aims to encourage people to return to Sydney and support venues and the arts organisations affected by COVID-19.

Koppe is the director/choreographer and co-producer of the production, which follows various characters on their journeys through Sydney over a day.

She said the $10,000 grant helped make the production a reality.

“Our cast ranges in age from 19 to 71, depicting varied experiences of this Australian city.

“It is marvellous to be able to work on a production in which I can take a risk.

“Risk in approaching the rehearsals through movement as its basis, through depicting a whole gamut of characters and even animals with our ensemble, and in finding ways for this piece to be unique and vibrant.”

The play, written by Oliver Wakelin and Drew Livingston, uses soundscapes and voiceovers to tell the story.

“I am working from an approach that begins with physical movement, upon which I begin to add layers of context using both music and clear direction in the rehearsal room,” she said.

“This then finds the right placement in the piece.

“Together with my ensemble of actors, I will explore physical storytelling that correctly underpins the poetic script.”

Yantra de Vilder was also granted $10,000 for her Pianos for the People contemporary music project, and Fiona Lugg received $2,100 for a classical music project titled Bathtub Gin Orchestra at the Speakeasy.

Parliamentary Secretary for the Central Coast, Adam Crouch, said this a great way for Central Coast artists to showcase their work in the heart of Sydney.

“Sydney City has been one of the hardest hit communities by COVID-19, and I’m delighted that the Central Coast’s top local talent has been selected to bring new life to the CBD,” Crouch said.

Minister for the Arts, Don Harwin, said the Play the City (Sydney) initiative would re-energise Sydney through live performance throughout summer while offering many artists an opportunity to tour beyond their local area.

“Performing and touring are at the heart of every artist and musician’s career as it supports skill growth, connection and exposure to new audiences,” Harwin said.

“With warmer weather and longer days upon us, this is a great chance to kickstart live culture in the city and bring in new performances including 15 artists from regional NSW and Western Sydney.”