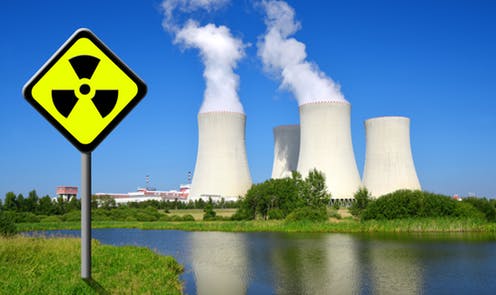 A mocked up image of a nuclear power plant. Image: The Conversation

I am passionately in favour of retaining Gosford’s nuclear free zone status.

No one who I have engaged with, in person or on social media, is in favour of this being rescinded.

Opening up Central Coast Council like this would allow the use, storage of or transportation through the LGA of nuclear weapons, waste or material for the first time since 1984.

I am strongly opposed to this action being facilitated.

It also paves the way for small-scale nuclear facilities on the Central Coast.

In addition, it is on the public record that Taylor Martin MLC is in favour of small-scale nuclear reactors to generate electricity.

However, this is not completely correct, and legislation is slowly changing.

In 2019, a NSW Upper House inquiry into the Uranium Mining and Nuclear Facilities (Prohibitions) Repeal Bill 2019 recommended repealing the original bill in its entirety.

Uranium exploration is also already permitted under current legislation; its mining just currently is not.

There is no certainty that “there are no known uranium deposits on the Central Coast” (Item 4.1, Attachment 3, Council agenda, Feb 8).

As you are aware, the former Wyong Shire Council had a similar nuclear free zone policy, which was revoked in April, 2014, and “policies from the former Gosford City and Wyong Shire Councils still apply in their respective former Local Government Areas, until a new policy is adopted for the Central Coast Council region” (https://www.centralcoast.nsw.gov.au/council/forms-and-publications/policies).

My first preference would be for the nuclear free zone to be extended back into the previous Wyong LGA.

If our Council’s “financial crisis” is your main order of business in your role as Administrator, Mr Dick Persson, I urge you to focus on this being the main issue at hand.

I also thought that you said that it was not your role to go back over previous decisions.

Please resist allowing your professional integrity to be compromised by the Council’s Environment and Planning department, which will pave the way for future nuclear power generation, uranium mining, and/or the storage of nuclear waste on the beautiful Central Coast.

Lack of affordable housing issue is far beyond Local Government