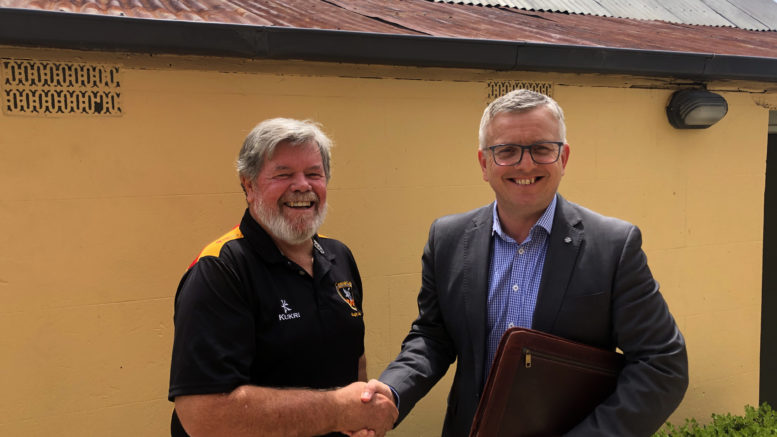 The announcement came on the morning of Wednesday, 17 February, after the partnership was confirmed late last year between CCRU President, Larry Thomson and Swietelsky Managing Director, Simon Hughes.

The three year contract will start this season, with the primary intention being to boost investment into the local clubs that make up the top men’s division for necessary equipment and apparel, including playing balls, training equipment and ground management uniform.

Thomson has high hopes that this new partnership will lead to better outcomes in CCRU by its focus on the local club level.

“Simon Hughes has shown his commitment to Central Coast rugby and is looking to assist in whatever way he best can,” said Thomson.

“With Swietelsky’s commitment to our zone’s rugby, we will be able to put more commitment into our clubs.

“We are hoping to improve on the commitment over the coming three years, but for this season, the primary focus is equipment and apparel for the clubs.”

The newly named, Swietelsky Premier One Championship is scheduled to be played over 18 rounds with a four round finals series, and will begin on Saturday, 10 April.

Harris welcomes new investment and development in the area