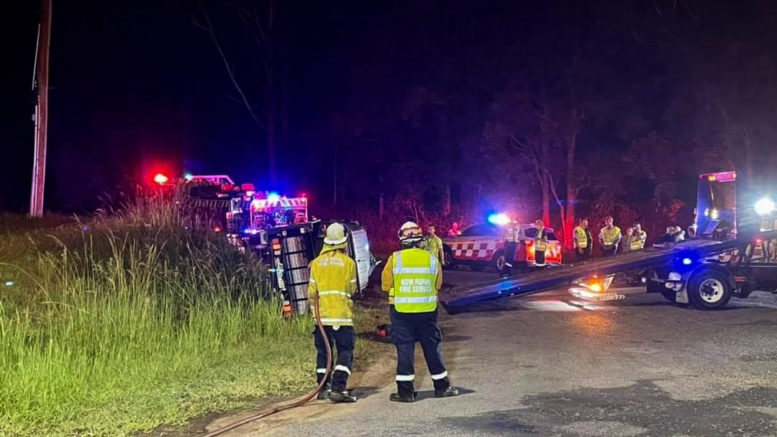 It was a busy Saturday evening on February 20 for Tuggerah Rural Fire Brigade as both trucks were called out to multiple jobs.

Just before 6pm, both Tuggerah fire trucks and multiple other local brigades, including Fire and Rescue NSW, responded to a structure fire in Jilliby.

On arrival, crews in breathing apparatus got to work extinguishing a shed that was well alight.

Crews remained at the scene for hours afterwards to make sure that the fire was completely extiguished.

Then, soon after 10pm, while both fire trucks were returning to the station, a fire call was received for Geoffrey Rd, Chittaway Point.

Crews responded and discovered a recreational fire from a private residence and no further action was required.

Before making it back to the station, again crews were called out to a reported car accident with people trapped at the corner of the Pacific Highway and Old Tuggerah Rd, Kangy Angy.

On arrival, a vehicle was found on its side and all four occupants had been able to get out of the car themselves and luckily sustained only minor injuries which were attended to by Ambulance officers at the scene.