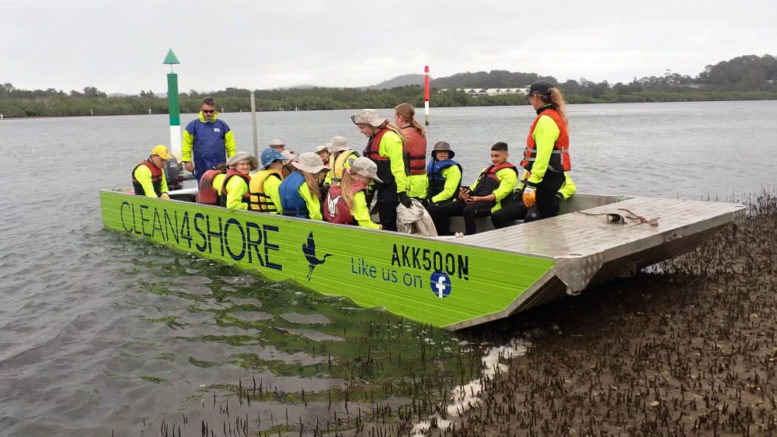 Children at Kincumber High School braved the blustery conditions on February 15 and helped clean up their local waterways as part of the Clean 4 Shore program.

Teacher Meg Lawler said the program has become really popular, to the point where students are signing up for future terms in advance.

“It has got to the momentum where we have too many kids,” Lawler said.

“A lot of kids sign up again and again and just put their names down for all three sessions over the next two terms.”

Lawler said Johnston could direct the kids to where the most rubbish is by analysing which way the winds have been going.

“The things kids find is amazing,” she said.

“They found bikes and tents, which is shocking for them as they didn’t expect those things to be in the mangroves.

“They make it fun; they get stuck in the mud, and they are provided lunch after.

“It really opens the kids’ eyes up to all the rubbish that is out there.

“Lots of kids find money which is cool which they get to keep.

“They have a tennis ball challenge because it is astounding how many tennis balls get washed down the drain.

“Through the bush regeneration program, the kids removed a lot of the invasive pests on the islands, which Kristy helped teach them about.”