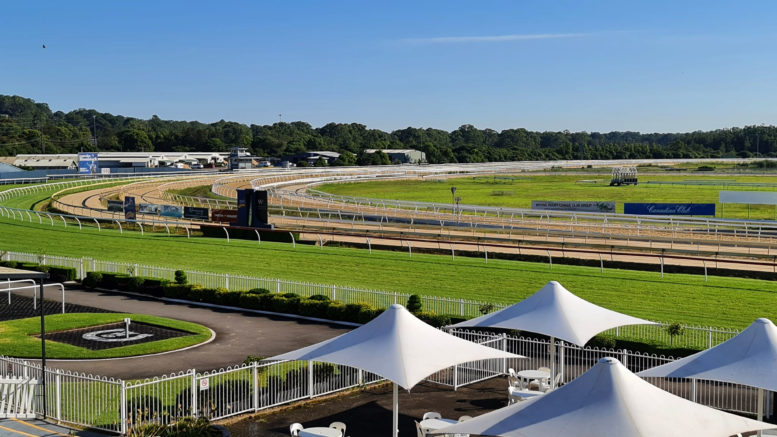 Legal action has started against Wyong Race Club amid claims that it has breached obligations under the Trust over the Wyong Showground land.

After 24 months of unsuccessful representations to bring Wyong Race Club representatives to the discussion table, the community groups have resolved to commence legal proceedings against the club, its directors, auditors and legal advisors.

The community groups are being represented by advocacy enterprise, Albert Warner Pty Ltd, whose spokesman, Mark Hoddinott, said the showground site is, and always has been, community land with many users and uses, including Wyong Race Club.

“For more than a century, the Wyong Showgrounds were a joint community facility used by dozens and dozens of groups.

“However, upon the arrival of the Administrator in 2014, under the direction of NSW Racing, and the appointment of a new Board, the showgrounds have been quarantined for horse racing use only,” Hoddinott said.

“This is contrary to a century of tradition and the purposes for which the land was first acquired by the then Wyong Agricultural Society,” he said.

“We respect the right of the horse racing community to be there and are indeed pleased they are, however, that spirit of shared community goodwill is not reciprocated by them.

“We believe that the horse racing community, in particular the Administrator and the Board, have behaved opportunistically and with intent, by seizing assets for their exclusive use.

“Many of the community groups had hundreds of thousands of community dollars invested in property assets on the showground site, all of which has been lost.

“These same groups have now had to incur rent expenses elsewhere which were previously granted at peppercorn prices on the showground site by the Trustees.

“Some have had to sell off assets because they had nowhere to store them anymore and their activities have been dramatically curtailed due to their eviction by the race club.

“This is theft from the community, based on any independent view of the matter,” Hoddinott said.

“The new Board has even changed the Constitution in recent years to strike out any reference to that history and to prefer their horse racing interests over everyone else.

“It’s a disgrace and we will not sit back idly and do nothing.

“In the past week we sent Letters of Demand to Wyong Race Club and its lawyers and if a satisfactory response and resolution is not achieved, we have our Statement of Claim ready for filing by our barristers in the NSW Supreme Court at the beginning of February.

“We are seeking re-instatement on to the Wyong Showground site of those volunteer community organisations that were evicted, or compensation for the impact of the evictions, with the sums involved already amounting to many millions of dollars.”

Hoddinott said the primary claim, among many issues, was that Wyong Race Club unlawfully evicted the community clubs involved contrary to representations of life tenure by officers of the previous Board.

“Additionally, we assert that the Administrator, under the bidding of Racing NSW, failed to consider the totality of circumstances of the use of the site and its history and knowingly or negligently focussed solely on the interests of horse racing at the expense of all other parties that had an equitable interest in the showground site,” Hoddinott said.

“Our claim seeks to return the land that is the Wyong Showground to its pre-2014 status of a shared community facility,” he said.

In the very early 1900s, much of the land in the Wyong area was owned by Albert Warner and much of the economic activity of the region centred on agriculture.

Land from Albert Warner passed to the trustees of Wyong Agricultural Society specifically for these community uses, land known as Wyong Showgrounds.

Horse racing became a major user of the site, as did harness and greyhound racing.

In 1989, Wyong Agricultural Society became incorporated (meaning it became a company with its own legal status), so the individual trustees that had previously held the land for general community use, were no longer required to do so.

From then, the land was held directly by Wyong Agricultural Society Incorporated.

Hoddinott said that “interestingly, and for reasons not entirely clear nor sound, from a Trust perspective, the then Wyong Race Club decided to merge its activities within those of the Wyong Agricultural Society Inc. and in turn, but not until some time later, remove the Wyong Agricultural Society name from the company and replace it with its own, Wyong Race Club Limited.

“This was somewhat of an odd and unnecessary thing to do and resulted in a body that had two principal (and conflicted) roles,” he said.

“One, as an operator of a horse racing enterprise and, secondly, as a Trustee over a large parcel of land in which the whole of the community had an interest in.

“Notwithstanding this change, the directors of the newly incorporated body continued to operate the showground site as a shared community facility, as had been the case since the early 1900s.”

Hoddinott said that in 2014, as a result of some alleged improper management policies and practices, the Board of the Incorporated (two-hat) body, then operating under the name of Wyong Race Club Inc., was removed and replaced by an Administrator.

“A year later, a new Board was appointed, most of whom had no connection to the history of the showground site, nor any personal interest in anything other than horse racing,” Hoddinott said.

Clarification and comment was sought from the Chairman of the Wyong Race Club Board but there was no response to the Chronicle’s inquiries.