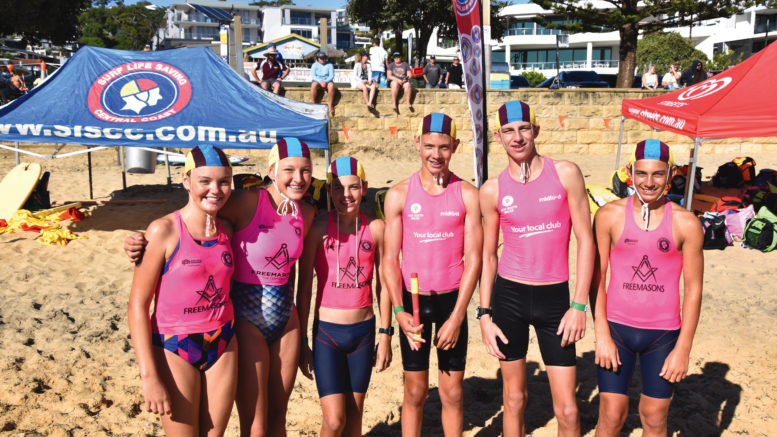 Central Coast Surf Life Saving hosted the Rookie Lifesaver Challenge 2021 at Terrigal Beach on Saturday, January 16, with many of the northern clubs heading south to compete.

With the scheduled Round Three of the Board and Ski challenge at North Entrance Surf Life postponed due to strong sets rolling in from the sea, the Terrigal competition became surf lifesaving event of the weekend.

Young U13 and U14 Rookie Lifesavers from Soldiers Beach, Toowoon Bay, Shelly Beach and Wamberal Surf Life Saving Clubs travelled to Terrigal to form teams of six in a variety of different challenges designed around scenarios that rookies could be expected to face whilst on surf patrol.

The rookies also participated in theory tests and on their flag signals used on patrolling duties, all of which sought to test the competitors’ vital lifesaving techniques, knowledge and skills against their peers.

The clear Summer’s day brought with it great sport as well as sportsmanship, notably from Joel Wait and Kianna Goy of Shelly Beach Surf Life Saving Club, who helped the Copacabana and Toowoon Bay teams fill up their numbers.

Nonetheless, Shelly Beach performed well, reaching up to a point away from the competition’s winners on the overall point score.

However, it was the hosts, Terrigal Surf Life Saving Club, who claimed the highest score.

The new year has brought with it a number of lifesaving surf rescues on the Coast already, showing how vital it is for the Clubs to maintain their highest standard of service for the many beach dwellers in our midst.