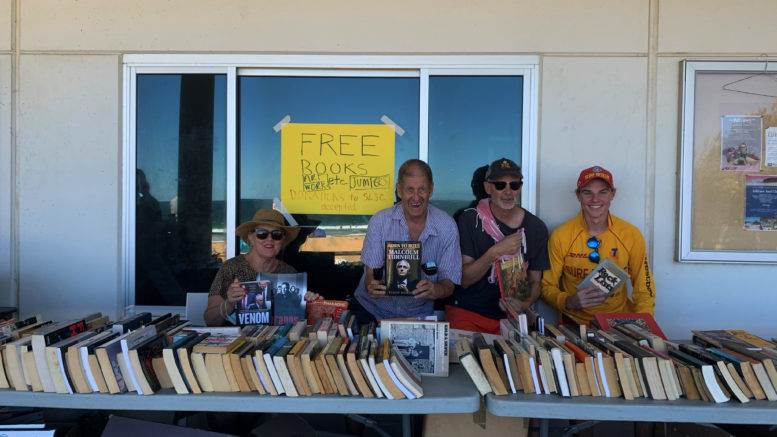 Almost $1000 has been raised for the Killcare Surf Club through a book giveaway by comedian HG Nelson and his wife Kate on Sunday, January 10.

The fundraiser came after the Wagstaffe part-time locals decided to “sell off” their library.

Community members were able to browse and collect what they wanted but were encouraged to donate to the club.

Items on offer on the day included a range of old and modern books, a collection of Aussie rock CDs and classic DVDs, world-class artwork, Roy and HG memorabilia, and Sydney Olympic Games merchandise.

An ACDC original CD, a Wallabies Rugby union team shirt, and posters of The Dream were among some of the prized possessions.

“We were both honoured and surprised by HG and Kate’s charitable offer to raise funds for the club,” Sheppard said.

“The club is always looking for support to help supplement its safety training and volunteer programs.

“It was lots of fun, and we would be happy to do it again, should he find more treasures in his library.”

Almost 16 boxes of books were given away on the day, with some leftovers awaiting a future sale.