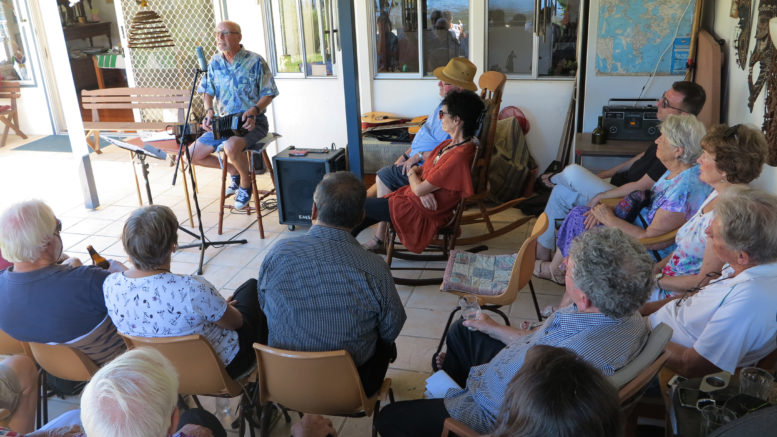 The Troubadour Folk and Acoustic Music Club has some great events planned for 2021, thanks to some new sound equipment obtained through the NSW Government’s Community Building Partnership 2020 grant.

With new equipment and the hope of easing restrictions, the club has able to book a range of Australian performers for this year’s program.

President Michael Fine said they had scheduled the grand opening of their concert program at the Everglades Club in Woy Woy on February 27.

“Formerly known and loved as the Wheeze and Suck Band, this Sydney-based group performs exciting, lively folk harmony in the style many find reminiscent of the great Steeleye Span.

“With fantastic vocal harmonies, exciting instrumentalists and always with a powerful foot thumping rhythm, they give life to many of the great old British folk ballads as well as other songs from the folk and contemporary repertoire.”

Fine said they had hoped to host a few garden concerts this month, featuring local performers and musicians but were forced to postpone.

“In the current climate of uncertainty, local lockdowns and the unpredictable closure of interstate borders plans involving music and social gatherings are difficult to implement,” Fine said.

“As soon as it becomes possible to have 30 or more people together in our homes, we hope to implement them at short notice— we’ll announce them on the Troubadour website and Facebook.

Fine said that despite current guidelines, they could still hold jam sessions twice each month in the Eco-Gardens at Kariong Community Centre on the first and third Sunday afternoons.

“The past year has been tough on us all,” he said.

“Live music is looking up once again.”

Tickets to the grand opening concert are available on the club’s website troubadour.org.au or via its Facebook page.