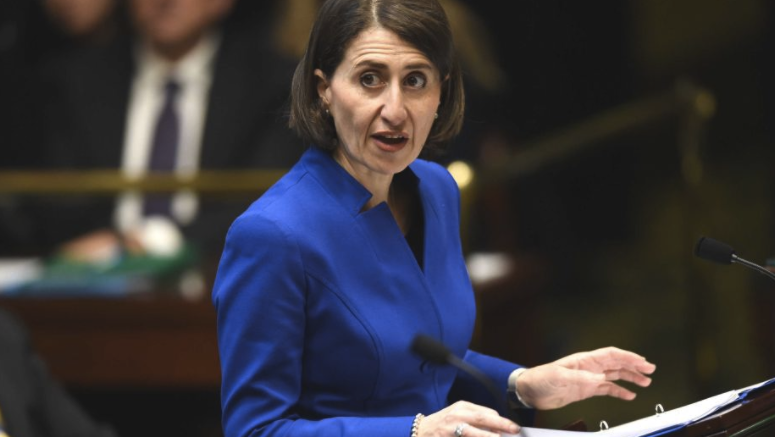 After a number of poor decisions made by the Premier, as Treasurer and Premier, it would seem that no matter how good a job Gladys Berjiklian has been doing with the COVID-19 pandemic, she should step down from the leadership as she has broken the covenant of trust between herself and the public.

The former NSW Auditor-General, Tony Harris, has stated that the shredding of documents related to $252M in Council grants was likely to be unlawful and should end Berejiklian’s leadership.

Harris, who has also served as a senior Commonwealth public servant, said he was confident that the Premier’s office breached the State Records Act when it destroyed paper and digital records (SMH October 27).

This latest travesty for which she shows no disgrace or embarrassment, and that she thinks a small chuckle whilst saying that everyone ‘pork barrels’ and her refusal to appear before the Inquiry should be seen as acceptable behaviour for the allocation of public monies by MPs is not acceptable, especially when the facts of the rorting are revealed.

The Stronger Communities Fund was established under Mike Baird to compensate councils that had been forced to merge.

Central Coast Council received $10M of the $20M it was promised with the merger.

Grants from the Stronger Communities Fund of $252M were made before the guidelines to change the administration of the fund were approved, including grants overseen personally by the Premier to Randwick, Canada Bay, Ryde and Waverly Councils, made on June 25, 2018.

Guidelines were altered on June 27.

As well, Hornsby Council, which did not merge, received $90M, almost a third of the fund, on June 27.

As one Labor MP stated, it seems this fund was set up backwards.

The Premier approves the grant, then the guidelines are finalised, then Tim Hurst tells Hornsby Council, who then make a submission.

On the Coast, there were 25 grants – 23 went to the seat of Terrigal, one each to Gosford and The Entrance, which are marginal seats, and none for the Labor held seats of Wyong and Swansea prior to the last State election.

Mingara Recreation Club, which held a fundraiser for the Liberal party prior to the State election, raising $1,133, received a grant of $425 000 (Anne Davies, the Guardian).

Ninety-five percent of the $252M went to Coalition seats or ones they were targeting, four to Labor held seats.

This is as purely Party political administration of public funds as it gets, and if we, the public, accept it and don’t call for Gladys Berejiklian, and any other MP involved, to go then we are complicit in the utter failure of democracy to deliver in an equal and just manner for all, no matter what your voting inclinations.

There is more evidence of Berejiklian’s poor decision-making skills prior to this debacle when, as Premier, she oversaw a discretionary fund reserve of a $5.5M grant funding to the Australian Clay Target Association’s clubhouse and convention centre in Wagga Wagga.

Disgraced Wagga Wagga MP, Tony Maguire, her then boyfriend, had been championing the project since 2005.

It was revealed at the ICAC Inquiry into his behaviour that he secretly later tried to gain a small commission for the clubhouse development.

The Premier did not reveal to ICAC that they were in a relationship.

Additionally, the Premier oversaw the announcement of a $255 000 grant for a Council in Maguire’s seat of Wagga Wagga during the 2018 by-election before an application had been lodged and processed.

ICAC had specifically warned against this process as it put public servants in untenable positions of feeling pressured that they have to approve the grants.

Finally, there is the sale of the Vales Point Power Station, which Berejiklian as Treasurer, oversaw to another Liberal Party donor, Trevor Baker Smith, for $1M and very limited liability for the clean-up costing $10M upon decommissioning of the power station.

The business of dirty power returned him $62M net profit last year and is being propped up by a $9M Federal grant to replace the turbines.

This public asset now in private hands is still receiving public hand-outs while the State misses out on any revenue made.

All in all, this makes a clear failure on Berejiklian’s report card and she should graciously resign and retire, giving herself time to reflect and possibly regain some high moral behaviour so that we, the public, could ever trust her again.