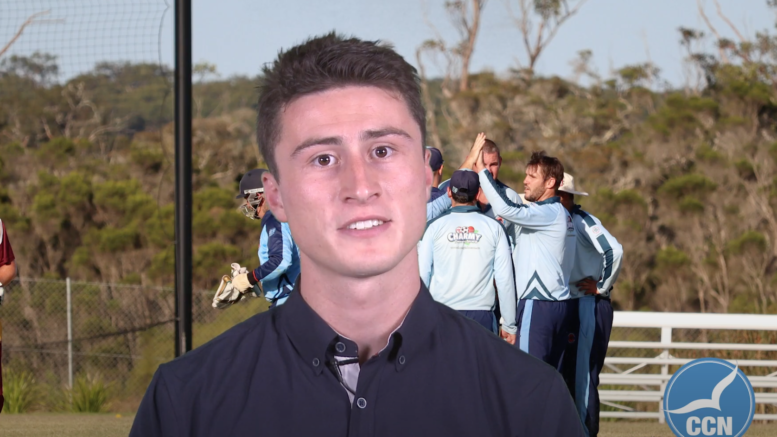 Coming up in this week’s edition: Local Beaches ‘over loved’ on Australia Day, rate increase protests planned, suspended councillor Greg Best opens up on the council crisis, the Frank Baxter Youth Justice Centre gets a new training facility, Tim Tam the joey hops to it and a real spider man emerges. More to come…

But let’s start with the beaches which saw a record number of people over the Australia Day long weekend. More than 200,000 people flocked to the water over Saturday, Sunday, and Tuesday with volunteers and authorities copping the brunt of the crowds. Over the three days there were 168 rescues, a prank drowning at Terrigal, parking havoc, and jet ski chaos at Ettalong. Director of Surf Life Saving Central Coast, Simon Cusack, said it was one of the busiest Australia Days he has seen in a while.

And one of our suspended Councillors Greg Best opened up this week, in a long and interesting interview Mr Best said the public deserves an apology for the financial crisis. CCN conducted a full interview with Mr Best, that is available online and on our socials. Here’s a little of what he had to say.

And one of our suspended Councillors Greg Best opened up this week, in a long and interesting interview Mr Best said the public deserves an apology for the financial crisis. CCN conducted a full interview with Mr Best, that is available online and on our socials. Here’s a little of what he had to say.

SOCIAL HOUSING
Concrete pouring began on 41 new social housing apartments at Beane Street in Gosford this week and Parliamentary Secretary for the Central Coast, Adam Crouch, was there to tell us more.

SPORT
Tuggerah Regional Sporting Complex hosted the Central Coast Cricket Twenty-20 Grand Finals in the Under 21’s Glenn Rowlands Shield and the Everything Sports First Grade Championship on Tuesday, January 26. In both instances, the Shield went to the Northern Central Coast side: to The Entrance in the Under 21’s, and then Warnervale in the 1st Grade.

In the Glenn Rowland Shield, Southern Spirit found few opportunities to outmanoeuvre a steady performance by The Entrance with the bat. An early 36 run partnership between Callum Dunkerley and Broc Hardy lasted for five overs before Dunkerley was caught by Lachlan Bull off of Lachlan Cork’s bowl, just as this marquee decided to go for a little tumble on the field. Southern Spirit showed early promise with the bat at the hands of Lachlan Bayliss and Cork with a 35 run partnership, but it ended with Bayliss being caught in spectacular fashion by Dylan Bennet off Regan Stone’s bowl. With a six needed to draw the scores on the very last ball, Toby Pymble was caught by Hardy off Bennet’s ball, winning the game for the Mighty Gullies.

In the First Grade final, Warnervale first set an unbeaten score of 4/147. The big hitters of the game were Simon Keen with an early 6 and 28 total runs, and Jay Lenton Medal winner Chris Sheppeard with 58 runs, not out. Terrigal showed early promise through opening batsman Joshua Toohey with 37 runs off 41 balls. However, the Bellbirds were altogether unable to respond effectively, losing their final wicket at 116 in the 19th over. Thanks go to the Central Coast Cricket for providing this footage.

In Bowls, Ettalong Bowling Club’s Bailey Meti has taken out the Grand Slam of the Central Coast Junior Championships, winning in the Fours, Pairs and Singles.

The next day, the two teamed up with Billy Waite and Blayne Cook of Mingara Bowling Club to win the Fours.

Two days later, Bailey faced his Fours team mate Blayne Cook in the singles, and won with an end score of 21-6.

Now soon to turn 18 and leave the Juniors division, Bailey can reflect on his many accolades with Ettalong Bowling: including four Singles, four Pairs and four Fours Championships, Bowler of the Year three times, in 2013, 2019 and 2020, and two Grand Slams, in 2016 and now 2021.

And finally, The Central Coast Mariners prepare for two Week 6 A-League matches, first against Wellington Phoenix this Sunday, then Melbourne City on Wednesday, February 3rd, both to be played at Central Coast Stadium.

The boys in yellow have so far maintained their fragile sitting on the top of the table after last weekend’s 2-0 win against Sydney FC, but the travelling Melbourne side will fancy their chances at snatching the top spot as they are only 3-points shy of the lead, with a game in hand on the top four teams.

News of these games will reach our website soon after the full 90 minutes are played.

Thanks Haak, Saturday will be a max of 29 and partly cloudy with a medium (40%) chance of showers and a chance of a thunderstorm in the afternoon and evening. Winds northeasterly 25 to 35 km/h decreasing to 15 to 25 km/h before dawn then turning northerly 15 to 20 km/h in the late evening

Sunday will be another partly cloudy day with a max of 27 and a medium (50%) chance of showers. Winds westerly 15 to 20 km/h shifting south to southeasterly during the morning.

The Great Wall at Ettalong has attracted a huge response from the community, mostly falling on the side of the cafe owners. We reached out to Council but they haven’t gotten back to us yet, so we spoke to an independent certifier to see what she had to say…

Today marks the start of the new school year for many families across the coast And after such a challenging year in 2020, regional P&C President, Sharryn Brownlee, shares her encouragement with all students on the Central Coast.

A Woy Woy resident has made national news after discovering a new species of spider in Western Australia last month. Adam Fletcher, identified the Maratus Fletcheri spider during a three-week expedition through the southern parts of the wildflower state.

And on December 17, the new species was named after Fletcher. Courtship behaviour studies reveal that the male raises one leg to attract the female’s attention. Once the female is watching, the male raises another leg, raising and expanding the abdominal fan side-to-side.

Thanks Hayley, all of these stories are available on our website, that as of last month has 200,000 users and don’t forget to pick up a copy of this week’s Coast Community News, Coast Community Chronicle and Pelican Post. Subscribe to all of our social pipes to stay updated during the week. AND  are now available on Spotify as a news podcast. Simply search Central Coast News on Spotify to subscribe.
KANGAROOS
We leave you today with some adorable footage of the Australian Reptile park cutest kangaroo joey, Tim Tam, who took her first hops right in time for Australia today. We hope you find this footage as cute as we did, we will see you next week.