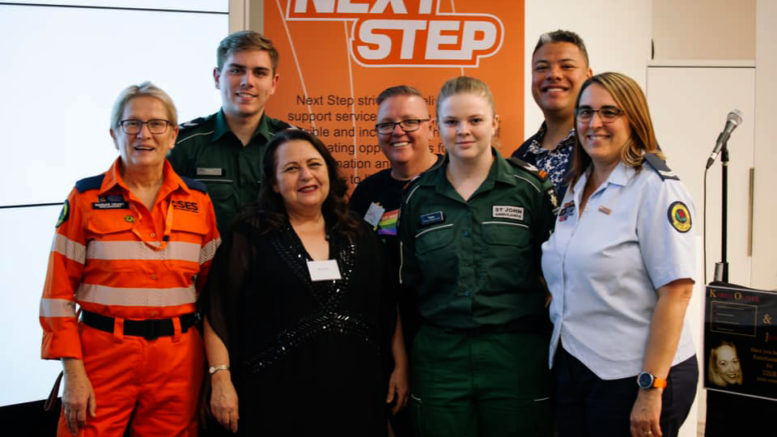 The Ask Me What I Need launch team

The five-minute Autism Awareness training video, Ask Me What I Need, was designed for emergency services to provide them with basic strategies to implement when engaging with youth and adults identifying as autistic in emergency situations.

Ask Me What I Need project manager, Berinda Karp, said it was the first video of its kind and autistic adults were consulted and included in all stages of the project

“We did a soft launch in February where had a mix of services such as SES, St Johns, Fire and Rescue and more,” she said.

“Straight after that launch we had a call from the one of the emergency services who told us they received a call out straight after.

“There was situation which involved police and security guards surrounding a young man with a disability.

“They said from what they learnt from the video and the training, they were able to de-escalate and resolve the situation in minutes.

“The SES also called me and said they attended a vertical rescue where they implemented the strategy.

“They said that also resulted in a really positive outcome for the dad and his son with autism.

“That is what the video is for, to be able to look at the situation and put in slightly different strategies to what rescue and emergency services would normally do.

“By implementing these strategies, they are saving lives and saving time.

“People loved the video so much that now additional training will be available.”

The annual Resilient Australia Awards recognise initiatives by schools, communities, local and state governments, and businesses that showcase innovation and exemplary practice across Australia, built stronger communities and encouraged others to strive for greater resilience.

The winners of the awards will be announced on Friday, December 4, with the ceremony taking place at the National Museum of Australia in Canberra.