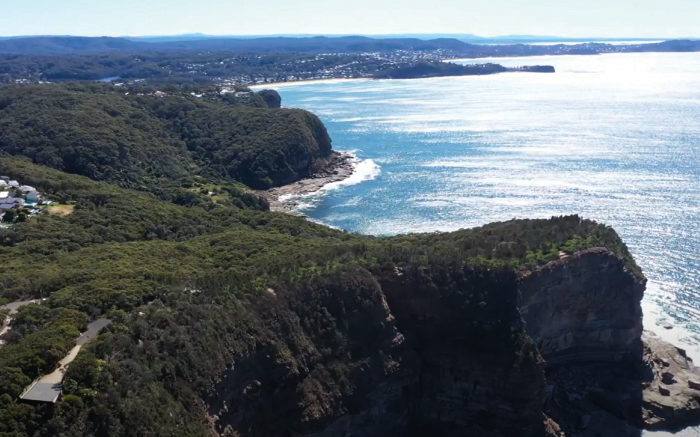 With community consultation having just closed on three concept designs for the Winney Bay clifftop walk and four for Captain Cook Lookout, a new community group is calling for a fourth plan for the controversial project.

The Save Winney Bay Reserve group has lodged a submission calling for a Plan D, outlining suggested measures for consideration which are not included in any of the three options so far provided.

“As a result of our observations of the excessive and covert tree removal in Winney Bay in early 2018, in preparation for the construction of the concrete stairs and vehicle service road/path from the base of the old farmhouse to the southern clifftop, a group of local residents created a Facebook page called Save Winney Bay Reserve,” the group’s submission to Council says.

“This group subsequently held a number of meetings to discuss our shared concerns, and we now have 440 followers of this page, which posts regularly.”

The group has compiled a wish list of things it would like to see implemented in the plans.

“Our group is a diverse but united group and consists of a range of residents from the Copacabana and wider community; teenagers, long-term residents, environmentalists, local Aborigines, traditional custodians, people with disabilities, and even residents in their 80s,” the submission says.

The group would also like to see a water bubbler and garbage/recycling bins placed in the vicinity of the car park and the creation of a bush-trail to the top of the existing stairs, utilising compatible and sustainable natural materials, and visually low-key safety fencing adjacent to the cliff face.

This should include strategies for the removal of bitou/boneseed bush, and the regeneration of Themeda grassland and other endangered ecological communities in the area.

A petition being compiled by the group included well over one 1000 signatures, which it says indicated the strength of support in the community for a Plan D.

“We are also aware of another petition circulating which has a similar objective to that of our own,” the submission says.

“We would like it noted the current options offered by Council are not consistent with the objectives of the Coastal Open Space System Strategy.

“We also draw your attention to the fact that the Indigenous survey to support the current proposals was undertaken a number of years ago and are of the view that a new study should be undertaken to maintain currency.”