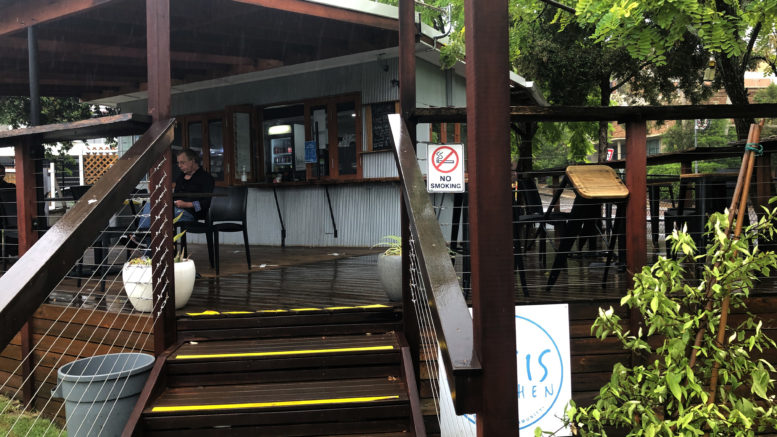 The Salvation Army’s café in Wyong

The Salvation Army has gained official approval to run a café on the corner of Hely St and Anzac Ave as part of its Oasis Youth Centre in Wyong.

It will operate from an existing converted shipping container with attached covered decking, which was established without authorisation, on land owned by Central Coast Council at 15-23 Hely St.

The Central Coast Local Planning Panel voted at its December 10 meeting to allow the café.

The café is used as part of the training and employment program by The Salvation Army to provide training for Certificate 2 in kitchen operations and Certificate 3 in hospitality for the youth of Wyong.

It operates with one full-time Salvation Army staff member and up to two students at a time and is an extension of the kitchen operations in the main building.

Pre-packaged meals, sandwiches, snacks, coffee and other drinks are available from the café and other menu items are prepared in the main kitchen.

Hours of operation have now been extended to 8am to 5pm, seven days a week.

As a condition of consent to run the café, The Salvation Army will now be required to lodge a Building Information Certificate to address the illegal construction of various works such as covered decks, stairs and balustrades.

The site is currently occupied by the Salvos Oasis Youth Centre and a car park, however the future of the 15-23 Hely St site is uncertain as it was nominated as one of Council’s parcels of land to be sold in the wake of its financial crisis.