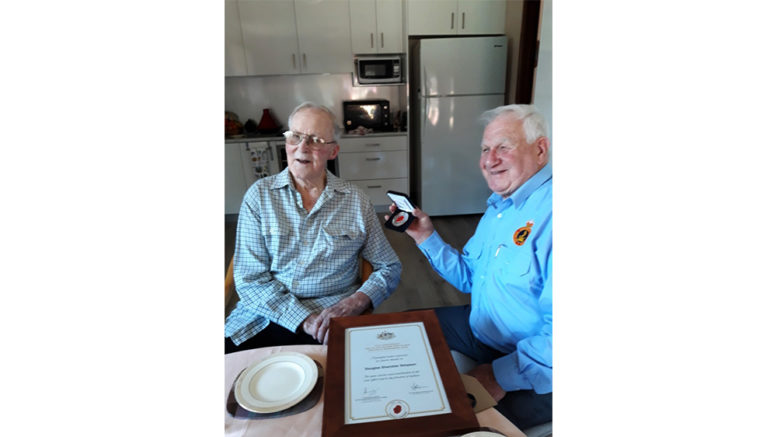 The association had its beginnings after a chance meeting in Melbourne in 1920 between two former Naval men who had served together.

They followed this up with a meeting of ex-Navy men in May 1920, and the Ex-Navalmens Association was inaugurated in November 1920.

In 1925 the NSW Section was formed in Sydney, and in 1947 approval was given to NSW to form sub-sections in other areas throughout the State.

In 1960 the association’s name was changed to The Naval Association of Australia to better reflect its aims and membership, including changes to permit women to become full members.

The Central Coast Sub-Section meets at Gosford RSL Club on the second Saturday of each month and has around 30 members.

Secretary Bruce Smith said this number includes partners and social members and average attendance at meetings was around 20.

In a spirit of mutual support, the club holds regular outings.

“In the past we have had day trips to Cockatoo Island, Newcastle Maritime Museum and Fort Denison, Hawkesbury River trips, and an annual Christmas lunch – before COVID,” Smith said.

“We support the Australian Naval Cadets from TS Hawkesbury at Point Clare with the CO Pierre Vennik being one of our members.

“Our members helped with the refurbishment of the Operation Jaywick and Rimau memorial at Point Clare.

“One of our former members, the late Horrie Young, was a member of the crew of the Krait which successfully sank ships in Singapore Harbour during World War II.

“Legacy in Gosford also receive donations from us, and our members help to sell badges at Deepwater Plaza.”

Smith said the Sub Section supports the erection of the mast from the former HMAS Adelaide at Terrigal.

“Most of our members are also members of the various RSL Sub-Branches on the Central Coast so that we have a close relationship with them throughout the year,” he said.

“The main commemoration that our Sub Section organises is on the second Saturday each February to hold a small service for those 82 men who lost their lives during the sinking of HMAS Voyager.

“The service is held at Rogers Park Woy Woy which was named after CPO Jonathan Rogers in 1986.

“Rogers was posthumously awarded the George Cross, the highest award for bravery in peacetime for helping as many young sailors as possible to escape and leading the others in hymns and prayers to meet their deaths with dignity.

“Rogers was a local man at the time and still has family on the Central Coast who attend the service.

“A grant we applied for from the State Government allowed us to erect a more fitting memorial at Rogers Park.”

The association’s aim is to unite former and serving naval personnel for the purpose of mutual benefit.

The original motto of ‘All for each and each for all’ was changed in 2018 to ‘Once Navy, always Navy’.