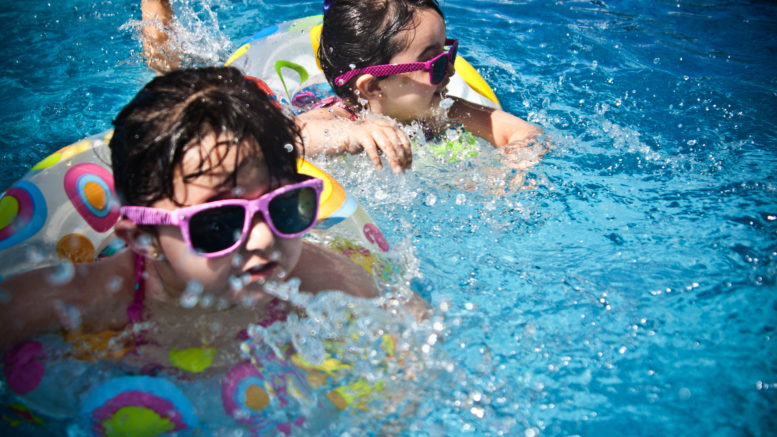 From January 4-22, a learn to swim program will be run at Toukley Aquatic Centre, with participating children able to fine tune their skills with a private 15-minute swimming lesson.

From January 5-21, a pool inflatable course will run at Toukley Aquatic Centre from 11am to 2pm, every Tuesday and Thursday.

On January 11, Toukley Library will host a Subbuteo (finger football) session from 10:30am to 12pm.

Participating children will take control of a team that they will flick around the pitch to score goals in a round robin tournament.

On the same day, Green Living Workshops will take place at The Entrance Community Hall from 10am to 11:30am, with children making upcycled terrariums and insect hotels.

An online Storytime event will also take place from 10:30am to 11am, as will Council’s Online Mystery Challenge, where participants review clues and work their way through puzzles as they e-visit familiar locations across the Coast.

From 10am to 12pm on January 12, Lake Haven Recreation Centre will be transformed into an inflatable kingdom, with visiting children able to jump, dodge, weave, throw, kick and shoot their way through obstacles, inflatable stations and during fun sports activities on the Centre’s indoor sports courts.

Basketball for Beginners’ clinics will run at Lake Haven Recreation Centre on January 14 and 21.

This instructor led program introduces boys and girls to playing basketball, which can assist in moving towards joining a basketball club, team and coaching.

Two sessions, 10am and 11am, are available on both days.

The drumming for beginner sessions will run on the hour every hour between 10:30am and 1:30pm.

Sessions will take place on the hour every hour from 10am to 1pm.

An online Children’s Book Trivia Night will take place from 6:30pm to 7:30pm on January 15 and 20 via Zoom and Kahoot, with children encouraged to dress as their favourite literary characters.

Green Living Workshops return to The Entrance Community Hall from 10am on January 18, with two separate workshops dedicated to composting and worm farms.

January 19 will see Lake Haven Recreation Centre transformed into an inflatable kingdom once again from the same time as the previous session.

Sea Life painting sessions will also run on the 19th at Memorial Park, The Entrance.

Sessions will run on the hour every hour from 10am to 1pm.

Sessions will also run on the hour every hour from 10am to 1pm.

A Battlebots robot fighting tournament will take place at Toukley Library from 10:30am to 12pm on January 20.

Participants will take control of a robot and prepare to do battle in this fun and interactive event as they duke it out for the title of Battlebots Champion via a round robin competition.

On January 22, The Entrance’s Memorial Park will be transformed into an immersive laser tag adventure with inflatable walls and bunkers set to make for an epic day of fun.

Some activities incur a fee.