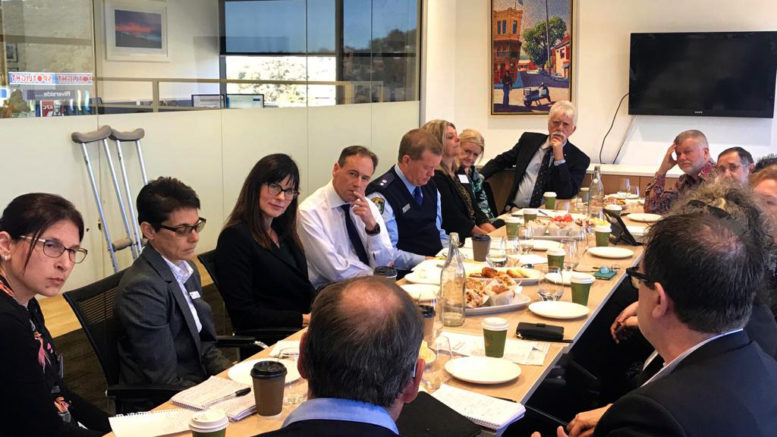 Federal Member for Dobell, Emma McBride, is calling on the Morrison Government to make good on an election promise to establish a headspace satellite site at Wyong.

According to McBride, in the week before the 2019 election, the Morrison Government announced $1.5M to establish the satellite site, with Health Minister, Greg Hunt, also acknowledging the commitment during a Gosford youth mental health roundtable in August that same year, but since then, the project appears to have stagnated and McBride wants to know why.

“The COVID-19 pandemic has seen demand for headspace grow and more young people seeking support are having to wait, leaving them vulnerable and sometimes at risk.

“I wrote to Minister Hunt last year and was assured there would be funding for the establishment of headspace Wyong in the 2020/21 budget and that it would be up and running by 2021/22.

“No funding appeared in the budget.

“It has been 17 months since headspace Wyong was first announced.

“The government must move beyond the announcement and start delivering.

“The Prime Minister says mental health is a top priority and I believe he’s genuine.

“So, I call on the Prime Minster and the Minister for Health to honour their commitment to young people on the Coast and fund headspace Wyong.”

The Chronicle took McBride’s claims to Minister Hunt and received the following statement from a spokesperson.

“Youth mental health is a key personal priority for the Minister, and he is currently delivering the single largest expansion of the headspace network in Australia’s history.

“Headspace Wyong is already well on the way to being established in line with the government’s 2019 election commitment.

Funding for this service is detailed in the Mid-Year Economic Financial Outlook 2019-20, December 2019.

New headspace services take approximately 12 months to establish as service providers, facilities and staff need to be identified and prepared.

“The PHN is currently working closely with the community to ensure the new service meets the needs of young people in Wyong.

“The service is expected to commence providing services to young people in 2021-22 in line with the election commitment.

“The Minister is looking forward to the launch of this vital new service and to ensuring that it delivers the best possible support for young people in Wyong going forward.”

The Chronicle examined the Outlook report but found no specific mention of the Wyong satellite site but did observe a headspace services extension segment listed under election commitments that detailed $30M in government funding to headspace to be delivered across locations in NSW, Queensland, Victoria and Western Australia over four years.

Federal Member for Robertson, Lucy Wicks, as well as the HNECCPHN were approached for comment.