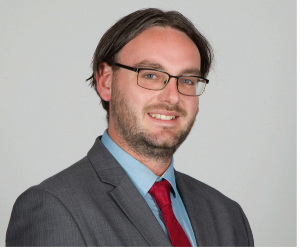 The Newcastle Central Coast Joint Regional Planning Panel is minus two community voices with the suspension of Central Coast councillors.

The suspension from the panel came after the Council was revealed to be facing financial difficulties, with immediate liquidity issues.

Suspended councillors Kyle MacGregor and Chris Burke lost their roles on the planning panel when Minister for Local Government Shelley Hancock suspended the entire group of mayor and councillors on October 30.

The two men had only days before been reconfirmed as the Council representatives for the panel for another 12 months.

Their tenure had run out because they had been appointed for three years and then the Council term was extended for an extra year when the State Government put back the local government elections due to the COVID pandemic.

It meant the regional planning panel met on November 4 without the two councillors.

Administrator Dick Persson, who replaced the councillors on October 30, said he would look at the issue.

The Council said a report from staff would be forthcoming to Council in December including a recommendation to have one community representative and one professional representative to replace the suspended councillors.

“Appointees will be on a rotational basis,” the spokesperson said.

It is expected the representatives will come from the list of people already approved to be appointed to the Local Planning Panel.

The LPP, which was adopted for the Coast earlier this year, determines a range of development applications on behalf of Council and provides advice on a range of strategic planning matters that are referred to it.

The panel generally meets fortnightly on a rotating roster and comprises four members including two professionals with expertise in urban design, urban planning or other related field and one community representative selected from a pool of members appointed by Council.

The JRPP may also have a role in planning proposals, to undertake rezoning reviews or to act as the relevant planning authority.

Christmas Fair to have over 160 stalls and all day entertainment