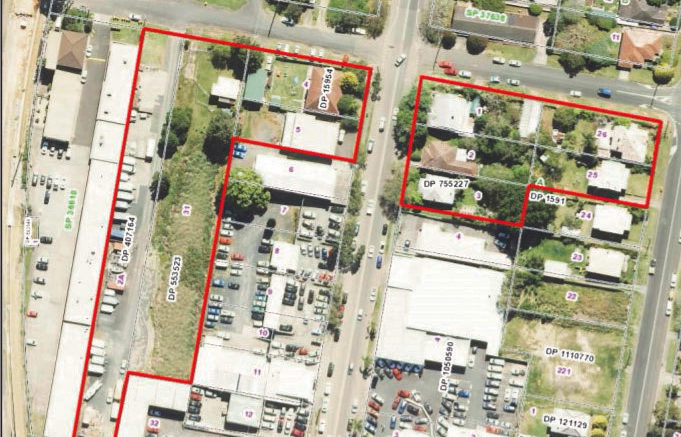 The location of the refused application

Six residential towers proposed for the northern entrance into Gosford have been refused by the Joint Regional Planning Panel at its October 26 meeting.

Reasons included the impacts of rail noise or vibration being unknown and lack of information about accessibility, road congestion, people movement, safety of the site and the surrounding road network.

The list of reasons was quite long and included its lack of design excellence and lack of adequacy in meeting the Gosford Local Environment Plan (GLEP) guidelines and clauses.

Another reason was that in the context of the revitalisation of the Gosford City Centre, the proposal’s non-compliance with the southern boundary setbacks would have significant impacts on, and unfairly prejudice, the development potential of sites to the south.

“In addition, the non-compliances with building separation required to both the southern boundary, the western boundary and between towers on the site, result in unacceptable amenity and built form outcomes and does not exhibit design excellence,” the JRPP ruling said.

The site at the northern extremity of Gosford’s city centre, at the corner of Mann and Dwyer Sts, comprises nine individual lots.

It has frontage to three streets: Mann, Dwyer and Hills.

The first application went to Central Coast Council in March 2016, for a six tower, 391 residential unit and 811m2 of commercial/retail floor space development.

The latest plan had 373 units in six towers and 491.75m2 of commercial/retail floor space over the lower levels.

The JRPP discussed the application at its September 16 meeting but did not make a ruling because the public had not been given adequate time to read the updated application.

The applicant, CKDS, on behalf of Ken Schmidt, can appeal the decision.

At the September JRPP meeting, applicant spokesman, Adam Crampton, said the team had already organised a meeting with Council to start discussions and that the development had been in the system a long time.

He said that Council staff assessing the application had changed as had statutory planning frameworks, as well as the Council’s approach to variations to the planning standards in that time.

The owner, Ken Schmidt, was not a “greedy developer” but rather a long term resident of the Central Coast who regarded the proposal as his legacy, he said.