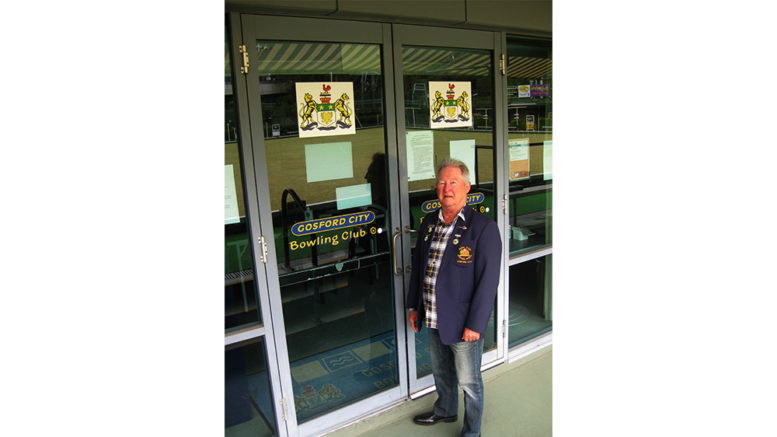 It could be a hot summer ahead for members of Gosford City Bowling Club if Central Coast Council refuses to step up to the plate and replace its ailing air conditioning system.

Club president Guy Robins said the Council was refusing to meet its responsibilities, with the clubhouse air conditioning having broken down last summer, prior to the outbreak of COVID19.

Robins said the air conditioning could not be repaired, but would have to be replaced.

“The bowling club, which is part of the Central Coast Leagues Club, leases its clubhouse and part of the greens from the Council, and now after 20 years the Council does not want to accept responsibility to replace the air conditioning,” Robins said.

“When (Central Coast) Stadium was built and completed in 2000 the original bowling club was demolished to allow the stadium to be built.

“The land the clubhouse is on was originally owned by the bowling club but given to the then Gosford Council (to be looked after) as a community asset.

“With all that, the Club still has to lease the property back from Council and has paid over $200,000 to lease this property over the past 20 years since the stadium was built.

“Council has paid nothing for the upkeep, other than mending a roof that leaked when it was not properly completed during the building of the stadium.”

Robins said when the stadium was built and opened in 2000, the bowling club received a promise that it would be looked after.

“Now Council is refusing to replace the air conditioning which is part of the building built in 2000,” he said.

“The bowling club and its greens are community assets there for all to enjoy, which costs Council nothing while they collect rates and lease payments from the club”.

A spokesperson for Central Coast Council said the Council does not have a lease with Gosford Bowling Club.

“Council has a lease with the Central Coast Leagues Club and this lease does not place any obligation on Council to maintain, repair nor replace the Gosford Bowling Club’s air-conditioning system,” the spokesperson said.

But Robins said he was acting on behalf of the Central Coast Leagues Club with the full knowledge and authority of management.

“Council’s assertion that it has no obligation to repair the air conditioning is not stated in the lease – it is just an assertion which we do not agree with,” he said.

He said he would approach interim Council Administrator Dick Persson seeking a resolution.

Central Coast Leagues Club Acting CEO Anthony Ryan confirmed the bowling club was leased to CCLC by Council and Robins was justified in pursuing the matter with Council.

Trust money to be spent on endangered sandplain woodland