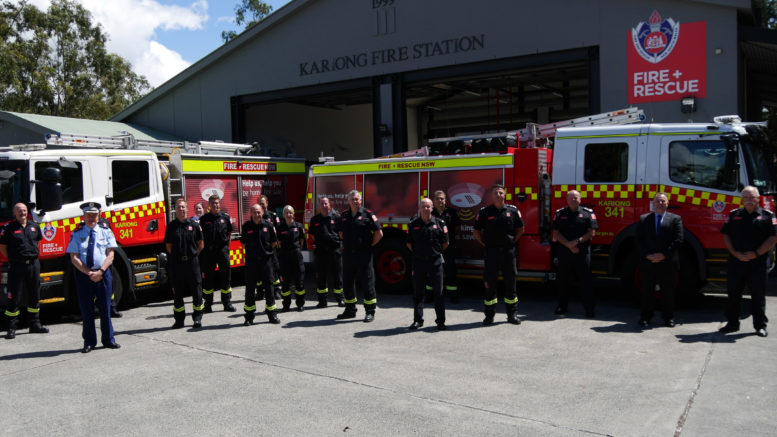 Parliamentary Secretary for the Central Coast, Adam Crouch, and firefighters at the new Kariong Fire Station

The new Kariong Fire Station and Zone Office was officially opened on November 3, following a $2.75M investment from the NSW Government.

Parliamentary Secretary for the Central Coast, Adam Crouch, said the new station is home to 36 firefighters as well as the Metro North 2 Zone management team.

“I want to pay tribute to the brave men and women from Fire and Rescue NSW who put their lives on the line every day and are always prepared to respond to a range of situations.”

“The modern facility will allow the 20 permanent firefighters and 16 on-call firefighters stationed at Kariong to provide improved protection and response for the local community that will continue well into the future,” Elliott said.

Fire and Rescue NSW Commissioner, Paul Baxter, said the new station features three engine bays, an open plan area with three workstations, modern PPE storage and bathroom facilities, and a conference room in the Zone Office that can be used as an emergency operations centre and a strike team co-ordination base.

“We are committed to providing our firefighters with the best possible equipment and amenities so they can get on with the job they do best – protecting the irreplaceable,” Baxter said.

The station also has a number of sustainability features such as rainwater tanks that are connected to the internal water systems and solar panels.

Daughters and Dads program launches on the Coast