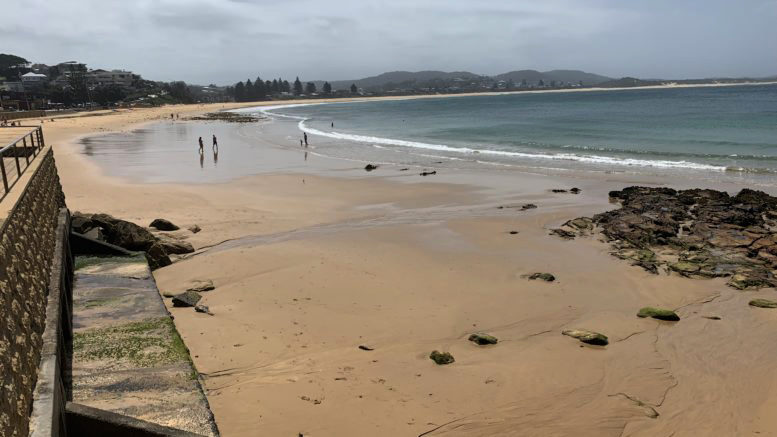 All of the Central Coast’s beaches have scored a Good or Very Good rating for water quality in the 2019-20 NSW State of the Beaches report, with Umina Beach and Soldiers Beach having been upgraded since the last report and Terrigal maintaining its Good rating.

The Coast didn’t fare so well with its estuarine, lake and lagoon sites, with baths at Davistown, Pretty Beach, Woy Woy, Yattalunga, Gwandalan, Chain Valley Bay, Mannering Park and Lake Munmorah all receiving a Poor rating, along with Canton Beach in Tuggerah Lakes.

The report noted that estuarine sites are generally not as well-flushed as ocean beaches, and so the time for pollution to disperse and dilute is longer.

“Pollution inputs are retained at some swimming sites when they are located in the upper reaches away from the main channels,” it says.

“As a precaution, avoid swimming in estuaries during and for up to three days following rainfall, or if there are signs of pollution such as discoloured water, flowing stormwater drains or floating debris.”

Central Coast Council has welcomed the annual report, which uses Beachwatch results to rate designated ocean and estuarine swimming sites across the state.

“Terrigal Beach, which has been a particular focus for our community, retained a Good rating for the second reporting year, while Toowoon Bay and Cabbage Tree Bay Rockpool have returned to good from poor last year,” she said.

“While we have some work to do on the estuarine beaches, baths and lagoon sites, improvements were seen at Summerland Point baths which was also rated good and no sites declined in rating this year.”

Council’s Director Environment and Planning, Scott Cox said there were a number of processes underway to help Council address some of the issues in the report.

“In addition to the audits underway, Council will consider ways to improve the estuarine, lake and lagoon sites as part of the Coastal Management Program processes currently underway and we look forward to the recommendations of the Tuggerah Lakes Expert Panel to assist with this,” he said.

“In the meantime, Council advises residents to check the Beachwatch website for the latest results before choosing to swim in these locations.”

The full report can be seen at environment.nsw.gov.au/research-and-publications/publications-search/state-of-the-beaches-2019-20