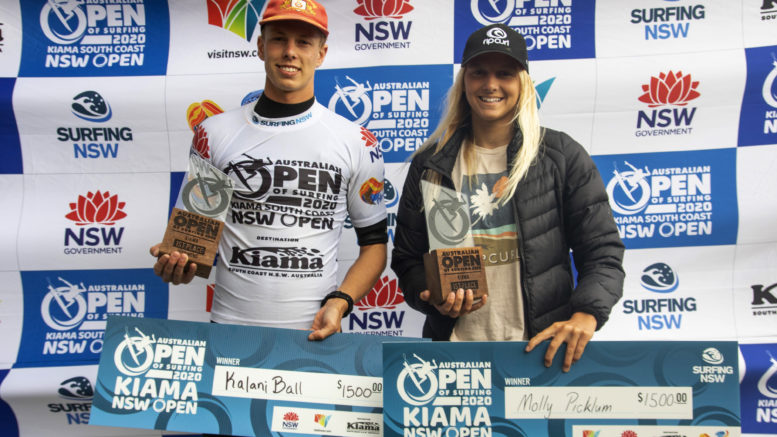 Shelly Beach surfer, Molly Picklum, has taken out the Women’s Division at the 2020 Kiama Open.

Event number five of the 2020 Australian Open of Surfing Series, Picklum put on a dominant performance over the entirety of the event, consistently posting scores in excess of 8.00 in the opening stages of each heat in the competition.

In the final, Picklum remained patient in the opening minutes, only posting scores in the four-point range, before nabbing an 8.17 for an array of beautiful snaps and carves, beating Newcastle’s Sarah Baum in the process.

“Most of my heats I began with an eight-point ride, but in the final, I began with two fours until the final 10 or 15 minutes,” said Picklum.

“That heat was super tight and all the other surfers rip, so I definitely wasn’t taking it lightly, but I’m just really happy I was able to keep up the same consistency over the entire event and get the win.”

The Open Series will continue with stop number six, the 2020 Coffs Harbour Open, which gets underway from November 29.