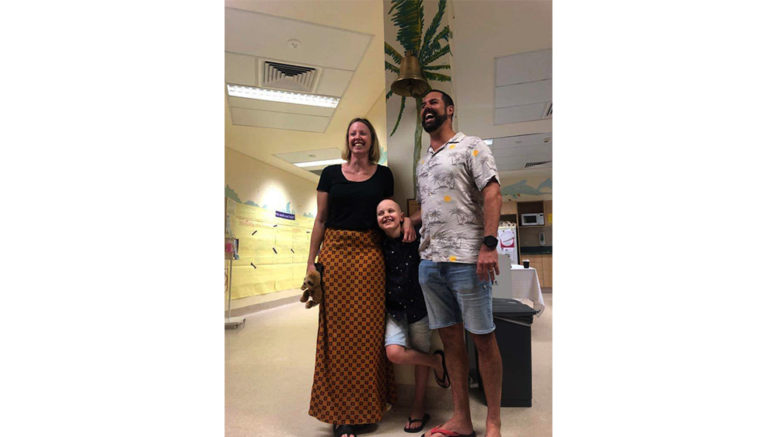 Terrigal Primary School student, Rohan Lord, will be shaving his head for cancer research after already losing his hair during his winning battle with leukemia.

The Year Three student has raised over $3,000 for the Cancer Council, with the goal the money goes towards finding a way to cure cancer without having to have chemotherapy and lose your hair.

Last November, Rohan was diagnosed with leukemia and underwent treatment at Westmead hospital, which included losing his hair.

He successfully beat the illness, and now his hair has grown back.

Terrigal Public School Principal, Michael Burgess, said Rohan has asked him and a few others to shave it off again at the school’s virtual zoom assembly on November 6.

“He has given me the privilege of the first shave, which will be straight down the middle, front to back; the reverse mohawk he says,” Burgess said.

“Rohan is a confident child, full of energy who has a great personality and sense of humour.

“He is a very outgoing boy who really cares about other people.

His mother, Kate Lord, said he has always cared for and supported others, and she is extremely proud of him.

“I am specifically proud that he has the foresight to see that he is actually quite a lucky kid and there are other kids out there who are not so lucky,” Lord said.

“For him to be thinking about others and not wanting them to be in the same situation is pretty amazing.”

Burgess said parents, students and community members have all donated to the cause.

“We have been advertising the link and promoting the fundraiser and encouraging people to support him,” he said.

“I know there are some students who have dipped into their own piggy banks or bank accounts to donate.

“He is a great kid and, in the face of having cancer, he was always so positive.”

To donate head to www.doitforcancer.com.au/fundraisers/rohanlord/rowans-fundraiser