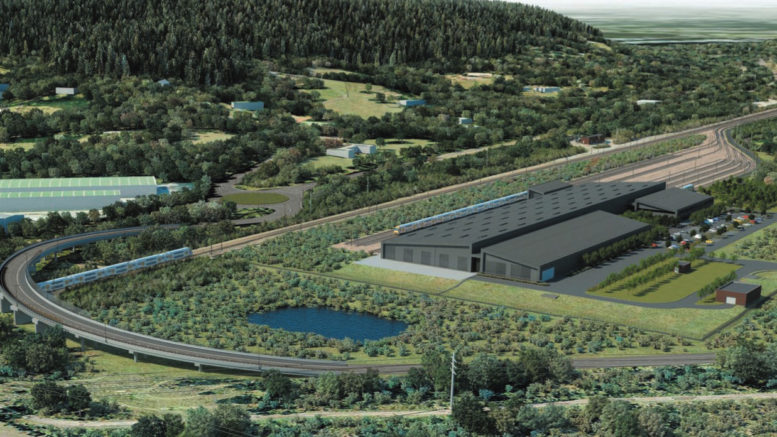 Cr Best wants to see Council, in partnership with State Government, Regional Development Australia and the broader business community to form a taskforce to investigate the development of a specialist rail repair and service hub, “not unlike the vision of former Wyong Council for the job generating airport hub proposal at Warnervale”.

In his Notice of Motion, Cr Best says that despite Council’s strident opposition and repeated representations against this massive investment [in the rail facility] and jobs initiative, there is now a unique opportunity and a potential jobs bonanza.

“We can now put behind ourselves that unfortunate chapter and genuinely reach out to our State counterparts and the business community,” he said.

Cr Best’s Motion, which was deferred from the September 28 meeting, is co-signed by Councillors Rebecca Gale, Bruce McLachlan and Troy Marquart.

Cr McLachlan said it was now time to capitalise on the major government investment and try to create a rail industry employment hub for the Central Coast.

“The controversial rail facility is nearing completion and while local resident opposition was understandably strong to the impact on their neighbouring properties, but love it or hate it, the new facility is here to stay,” he said.

“As we saw with the new Australian Taxation Office building, political opposition can stay hooked in that opposition as to the outcome and be blinded to the possibilities that these government catalyst projects may bring.

“Just as the previous Warnervale aviation employment initiative was developed around attracting a new aviation manufacturing industry to the Coast, but never progressed by the new councillors [after amalgamation], do we now have an opportunity to look at what we could do as a region, in creating a rail hub employment initiative?” Cr McLachlan said on his Facebook page.

“Is this now a chance for Council to move on and try to attract new associated rail industry businesses?

The initiative is on the agenda for Council’s meeting on October 12.