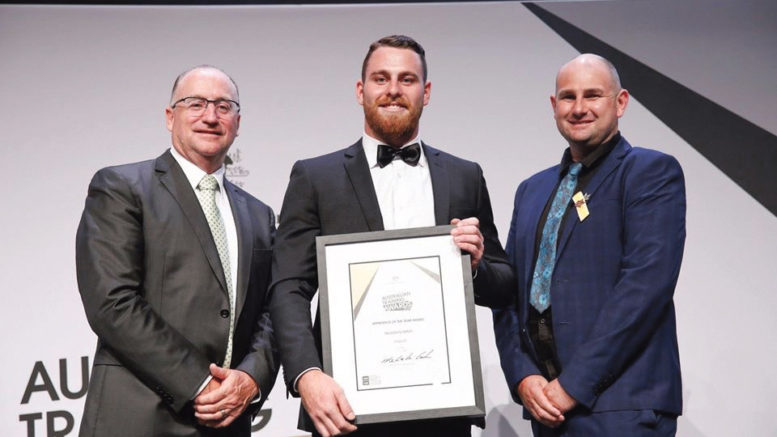 Business NSW Central Coast says new research on the value of apprenticeships for youth employment supports its calls for additional support for apprentices.

“In 2019, over 90 per cent of traditional trade apprentices were employed after completing their apprenticeship, compared with about 75 per cent of non-completers,” martin said.

“Completers also fared better than non-completers in staying employed with the same employer as their apprenticeship.

“Even those that weren’t able to complete their apprenticeship identified the positives – with more than 80 per cent reporting some type of benefit, such as gaining extra skills or experience.”

Central Coast Apprentice of the Year Finalist, Nelson Florimo, said that completing an apprenticeship had not just kick started a fulfilling career at North Construction and Building but had also provided him with valuable team and leadership skills.

“Doing an apprenticeship gives you a base for life skills but it’s up to you how you build on it,” he said.

“In my case I am now a Leading Hand and there is a career path for me.

“At the same time, many of my mates have moved on to start their own business.”

Martin said there were many similar examples on the Coast.

“That’s why in our recent Skilling Australia For A Better Future report, we called for additional investments to help young people into apprentice roles,” she said.

“Early indications are that the extension of funding to March 2021 has reduced the number of apprentice cancellations and suspensions, but more is needed to support business to place new apprentices and create employment opportunities for young people.

“Without immediate support, it’s likely that around 4,000 young locals will be denied the opportunity of training and learning, and in the aftermath of COVID-19, the Central Coast will experience a significant skills shortage.”

The State Opposition has added its voice to the call, saying the report revealed trades-based employment had plunged by 9.6 per cent during the march quarter.

Shadow Minister for TAFE and Skills, Jihad Dib, said the trades industry was reeling from the impact of COVID-19.

“These shocking figures highlight the urgent need to address this dramatic drop in the commencement of apprenticeships,” Dib said.

“We need to find solutions to bring more apprentices into employment.”