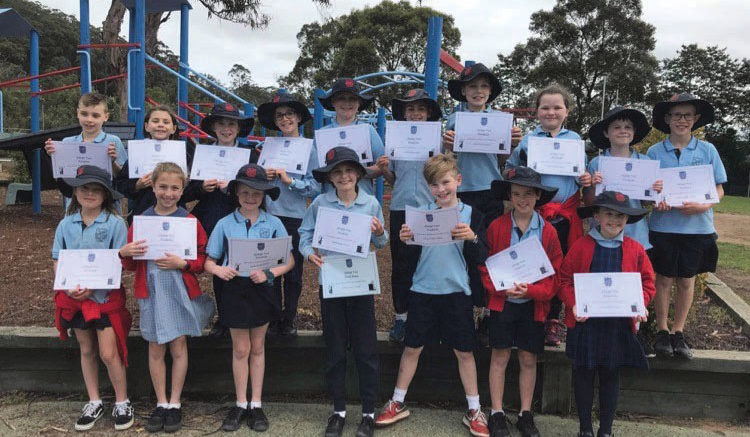 Speaking in public is a challenging skill to master, but the students at Narara Public School have stepped up to the plate by participating in their own annual Public Speaking Competition.

Students from Kindergarten to Year 6 took part in the in-class debates over the past few weeks discussing a range of topics.

School principal, Grant McFarland, oversaw many of the presentations and said he was extremely impressed with the calibre of speeches.

“It was evident how much time and effort students put into preparing and practising their speech,” he said.

“All students should be very proud of their efforts.

“Public speaking is a difficult skill and one that does not come easy to most people.

McFarland said that the school focuses on public speaking and debating with students by offering coaching by one of the teachers.

“They normally go on to a representative level across the schools on the Central Coast, but because of the current climate, we did our own in-school comp this year,” he said.

“They do it in stage groups, starting off in class and then the teacher selects a nominated number of kids who go onto represent their own stage groups.”

Narara has end of year events

Pick up and drop off arrangements change at Narara