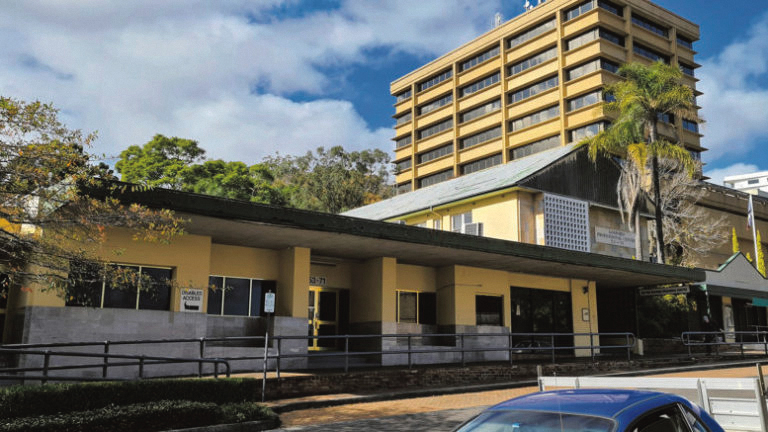 Nobody has approached Central Coast Council in the last three years with offers to buy the old Broadwater Hotel site in Gosford.

Council has no plans for the site, other than to demolish the building and to secure the site, which is next to the Gosford Council chambers in Mann St.

The information comes after councillors questioned staff on the site which has been slated for demolition with tenders for the job recently closing.

Cr Louise Greenaway wanted council to consider a temporary carpark for the site once demolition was completed but she didn’t get the backing of fellow councillors.

The Broadwater Hotel closed in the 1990s.

It was originally considered as part of the Gosford Cultural Precinct plan until the Council withdrew that idea in September last year.

“Council has no current or future plans for the Broadwater Hotel site at this stage,” a report to the September 14 meeting stated in response to questions on notice from Cr Kyle MacGregor.

Meanwhile a question on notice from Cr Rebecca Gale has been answered too.

Cr Gale wanted to know what projects have been put forward to the State Government to use Council’s existing developer contributions.

Minister of Planning and Public Spaces Rob Stokes in May allowed the pooling of contributions across all of Council’s contributions plans for projects that delivered public amenities and public services.

The Minister required a four-year plan to be submitted to the Department of Planning Infrastructure and Environment.

Executive Manager, Innovation and Futures, Riccardo Martello, said Council staff prepared and submitted to the Department a four (year) delivery plan which will result in a total project expenditure of $93,5M with $79.6M funded by contributions and $14M funded from other sources.

A list of the projects included upgrades to waterfront parks at Woy Woy and Gosford; shared pathways extended along Wilfred Barrett Dr from Norah Head to The Entrance and a new disability playground.