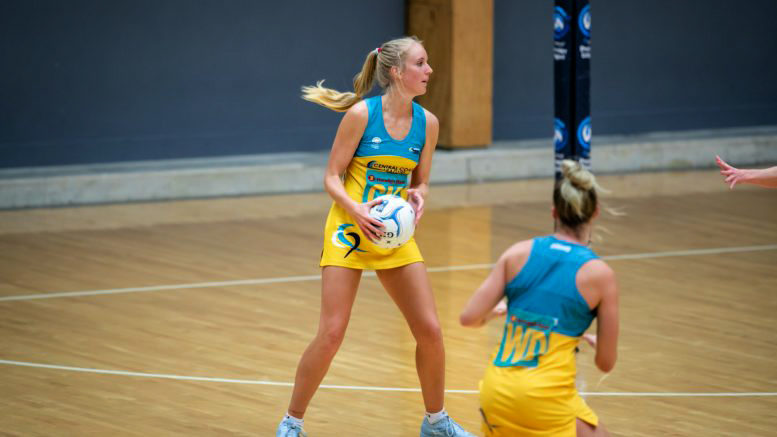 Central Coast Heart Opens team has made it nine from nine after trumping the Panthers 69-46 in Round 9 of the Origin Energy Netball Premier League.

“Our Opens team remain undefeated after a big win over panthers.

“They scored a staggering 69 goals and their defensive effort all the way down the court proved too good for the panthers to get through.

“Early turnovers and pressure saw the panthers make mistakes and we were able to capitalise through smooth attacking transition and some sharp shooting from Maddie Taylor,” Walsh said.

It was also a special game for Heart Under 23’s squad member, Milla Evans, who made her Opens’ debut off the back of some mid-game reshuffling by Opens’ Coach, Amber Cross.

“Changes were made to get all players onto the court and they were seamless.

“There was no difference to the play, as the girls continued to build their lead across the game,” Walsh said.

The Under 23’s also proved too good for the Panthers, taking out their match 57-45.

The win sees them stay within touching distance of a finals berth as the competition proper reaches its tail end.

“The Under 23’s had a strong start, forcing turnovers and taking a four goal lead heading into the first break.

“The girls won every quarter, except for the third, to consolidate and win by 12 goals, keeping the Panthers to just 10 goals in the fourth quarter off the back of a strong defensive effort and good connections in the attack end,” Walsh said.

The results see the Opens continue on the warpath towards their finals atop the Conference B ladder with a staggering 18 points, six ahead of second placed Manly Warringah Sapphires, and three ahead of Conference A ladder leaders, the ERNA Hawks.

The Under 23’s are now sitting in equal second with the Sapphires in their conference, 12 points apiece.

The Heart will meet the Sutherland Stingrays in Round 10.

Heart extinguish Sparks to go five out of five