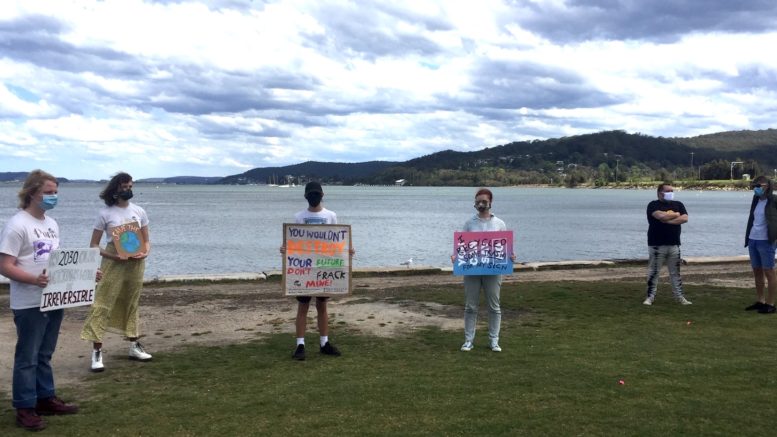 Students at the Climate Strike on Gosford Waterfront

Groups of 20 school students will rally at various parts of the Coast on September 25 as part of a day of action protesting Prime Minister Scott Morrison’s recently announced support of the gas industry.

The rallies will be among more than 400 #FundOurFutureNotGas days of action to be held all over the country.

School strikers are calling for the Federal Government to spend economic stimulus money on clean energy to create thousands of jobs, rather than propping up the gas industry, which they say is putting climate and economy at risk.

St Peter’s Catholic college Year 10 student, Jayden Delbridge, is organising the Gosford event, to be held between noon and 2pm on the waterfront.

“Students here on the Central Coast want all levels of government to use COVID-19 recovery funds to invest in renewable energy, creating hundreds of jobs that would also help tackle climate change,” Delbridge said.

“Giving billions of taxpayer dollars to the polluting gas industry is clearly an irresponsible use of public funds.”

“Due to COVID-19 our strikes are being run differently – we will be protesting in groups of 20 all over the Central Coast.

“All personnel are to be COVIDSafe.”

Australia has enormous gas supplies yet we forecast shortages