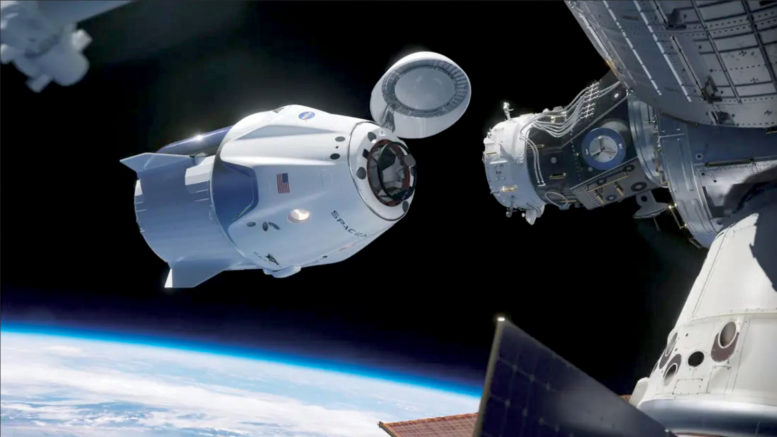 It may seem timely, against a backdrop of climate change and a global pandemic, that this week’s successful mission by the SpaceX Crew Dragon spacecraft raised the prospect of safe, commercial space travel.

Billionaire Elon Musk’s SpaceX completed its first crewed mission into space, with the Crew Dragon capsule splashing down in the Gulf of Mexico this week after a two-month space voyage.

Crew Dragon was the first privately-owned spacecraft to carry humans into space.

It was launched from NASA’s Kennedy Space Station at Cape Canaveral on May 31 and made the 19-hour flight to the International Space Station where astronauts Bob Behnken and Doug Hurley spent two months before returning to Earth.

NASA reported that the capsule was travelling at a speed of some 28,000kms per hour before entering the Earth’s atmosphere, at which point its outer surface withstood temperatures reaching almost 2,000 degrees.

The capsule was then slowed by on-board thrusters and two sets of parachutes prior to splashdown.

The crew reportedly spent close to an hour floating inside the capsule before being recovered and flown to NASA’s Johnson Space Centre in Houston, Texas, for medical checks.

The mission was also NASA’s first crewed mission from American soil in nine years, with recent expeditions to the International Space Station being launched out of Russia.

The successful mission established the credentials of Elon Musk’s private company SpaceX to transport people safely through space and marks the culmination of a project now 18 years in the making.

“This is a craft made by humans, for humans, I think it’s something humanity should be proud about  … [it is the] first step on a journey that would see humans become a multi-planetary species,” Musk was reported as saying at the launch.

US President Donald Trump reportedly responded to the successful mission of the Crew Dragon by saying: “a new age of American ambition has now begun”.

“Under NASA’s Commercial Crew Programme, we will use rockets and spacecraft designed, built, owned and launched by private American companies at a fixed price for the American taxpayer,” the President said.

Musk is reportedly planning more adventurous commercial flights – to the moon and even to Mars.

Indeed, an unmanned prototype of SpaceX’s next-generation Starship vehicle has successfully flown to an altitude of 150m (500ft) before landing again.

The flight was carried out at SpaceX’s test site near the village of Boca Chica in south Texas.

The stainless steel test vehicle, called SN5, looks a little bit like old Aussie water tank or wheat silo but, if Musk is to be believed, the final version which would stand 50 metres tall and be powered by six Raptor engines, could one day be capable of carrying as many as 100 humans to Mars.

The big challenge of course, is clearing the gravitational pull of the Earth and that, apparently, will require much more firepower.

And as for price – well, so far Musk has signed up Japanese fashion mogul and billionaire, Yusaku Maezawa, for the first round-the-moon trip on the SpaceX Starship (for an undisclosed sum).

More than one Central Coast resident has written to us this week and pondered whether the repeal of the WAR Act (1996) opens up the opportunity for Council to pitch Warnervale Airport to Mr Musk as Australia’s own Cape Canaveral.

Well, Elon, how about it?