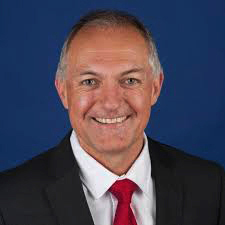 Shadow Minister for Central Coast and Regional Transport, David Harris, has slammed the NSW Government for its “political engineering” of issues at Central Coast Airport at Warnervale.

“This has been a disgraceful political manipulation which has used the airport users in a deplorable political game,” he said.

“The State Government hid recommendations on Warnervale Airport which could have fixed the issue of flight movements years ago.”

Harris was responding to the State Government’s release last week of the final report of the independent review of the Warnervale Airport (Restrictions) Act 1996, which included the previous review in 2017, undertaken by former Minister for Planning, Anthony Roberts.

“I had applied under the Government Information Public Access Act (GIPA) for a copy of the 2017 report, which was Cabinet in Confidence, and the government rejected my request,” Harris said.

The 2017 recommendation also stated: “….the application of these restrictions has the potential to immediately affect the ongoing viability of existing aviation businesses operating from the airport.

Harris said the government could have amended the Act at any time with support from the Opposition to do that.

“Instead, through the Member for Terrigal (Adam Crouch) they ran a campaign which delayed action which would have assisted the Central Coast Aero Club and other users before the last election,” he said.

“This is disgraceful behaviour on behalf of the NSW Liberal Government,” Harris said.

“Instead, they now seek to repeal the whole Act which leaves local residents at the mercy of Central Coast Council which will be both the owner and the regulator.

“I asked in my submission (to the review) to retain the Minister as the independent authority whilst amending the Act to remove restrictions on smaller aircraft.

“Clearly this is a government which is more interested in cheap political point scoring instead of doing what is best for the community and airport users.

“The Member for Terrigal should be ashamed that he made this issue about him rather than seeking to actually fix the issues confronting airport users,” Harris said.

In response, Parliamentary Secretary for the Central Coast, Adam Crouch, said the NSW Government was accepting every recommendation of the 2020 review conducted by independent experts Abigail Goldberg and Peter Fiegehen.

“David Harris fails to appreciate that the needs of the airport and its usage by Central Coast Aero Club have changed over time,” Crouch said.

“The review appropriately responds to these changing circumstances as well as the community’s expectations.

“I am surprised that David Harris would even bother criticising this review when his six Labor councillors on Central Coast Council have taken every opportunity to shut down the airport by stealth,” Crouch said.

He said the NSW Government was committed to working with Central Coast Council staff to urgently address safety concerns and also to establish a framework that governs the airport’s long-term operations.

Not possible to “have my say”