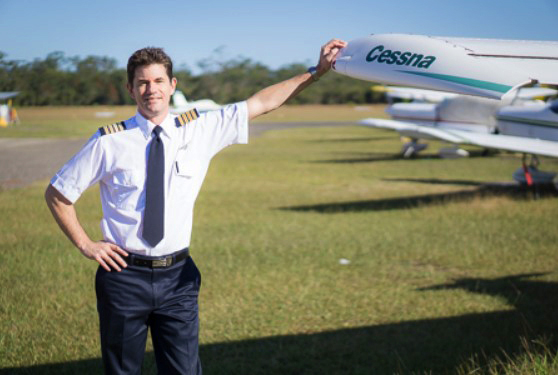 Central Coast Aero Club CEO, Andrew Smith, is looking forward to a bright future for Central Coast Airport at Warnervale, following the NSW Government’s announcement that it would support the repeal of the Warnervale Airport (Restrictions) Act 1996.

When making the announcement last week, Planning and Public Spaces Minister, Rob Stokes, said there had been an overwhelming response from the community, with more than 75 percent of submissions received during the review supporting the repeal of the Act.

Repeal of the Act was only one of three main recommendations in the final report of an independent review into the WAR Act, which imposed restrictions on the future development and operation of the airport owned and operated by Central Coast Council.

“It’s been a long road and the aero club’s main aim was to have the aircraft movement limit repealed, so that’s a pretty big load off our backs,” Smith said.

The Act had restricted aircraft take-off and landing movements to no more than 88 in one day, between 6am and 10.30pm.

“It was the movement cap that was really crippling for us,” Smith said.

“We’ve been trying to protect this asset for decades, but for myself, the board, members and the staff, the past four years have been a very strong fight.

“It was the movement cap that was really crippling for us.

“We weren’t necessarily trying to get the whole Act to go, the main thrust of what we wanted was to have the movement limit repealed.

“When you look at the Act, it’s really quite bizarre and unique in that no other airport in Australia has an Act like it.

“A movement cap is almost impossible to oversee and control, so there was no way Council was able to police the limits, so the State Government has sensibly decided to remove the whole Act, which I think was probably the only outcome that could have happened.”

Smith said the aero club would certainly offer its assistance and would like to work with Council in establishing a management plan.

“It’s up to Council who they want to work with to develop the management plan, as per the State Government request, and we have a meeting coming up when hopefully we can tell them what we would like to see at the site and what we want for the future of the aero club.

“Recent communications we’ve had with the Mayor, CEO and senior council staff have been quite positive, and the enmity that we have had in previous years hasn’t been there lately.

“We anticipate continuing discussions with Council towards a mutually beneficial arrangement and with the air show coming up, which the Mayor says she is right behind, it looks like a bright future at the airport,” Smith said.

Chair of the Urban Development Institute of Australia (UDIA), Central Coast Chapter, Caine King, has applauded the announcement of the WAR Act repeal, including the immediate removal of flight restrictions.

“The airport is open for business and it’s a win for Central Coast economic development,” he said.

“It will send a strong message to the private sector and it’s time to move forward and get on with realising the potential of the Wyong Employment Zone (WEZ).

“The airport is strategically located, being central to the WEZ and close to the freeway, and UDIA supports the emerging business and general aviation opportunities for the site as an important catalyst for the WEZ.

“Lifting the flight limitations is a good step to support the northern economic corridor.

King said the WEZ was rezoned in 2008 and still lacked essential infrastructure and certainty on biodiversity matters.

“UDIA has urged Council to include these issues and the airport masterplan as part of its final Tuggerah to Wyong Economic Corridor Strategy and any refinements to the recently adopted Local Strategic Planning Statement,” King said.