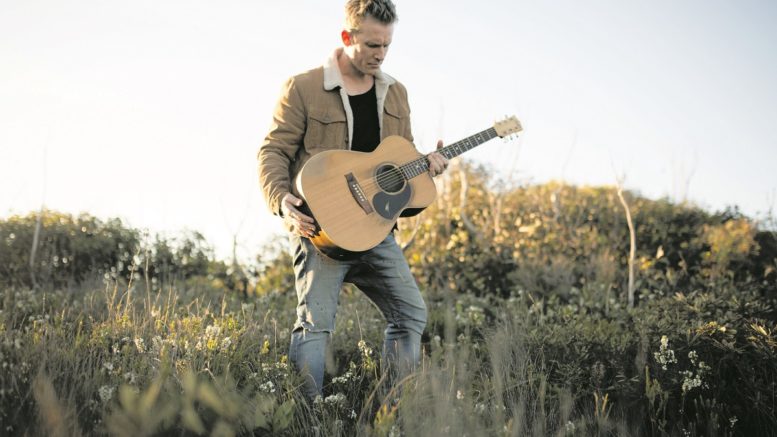 The countdown is on for Ettalong local, Jamie Lindsay, who’s debut album, Eleven, drops in September.

Marking his return to contemporary country music, Lindsay gave fans one last taste of what to expect with the early release of final single, Start Again, a song about staying positive in uncertain times.

It’s also about redemption and forgiveness and according to Lindsay was inspired by his US publisher who told him to start again on a song he had sent him.

“I had a blank piece of paper and I wrote Start Again at the top, because he’d told me to start again.

“I envisaged this guy who might have been locked up, he was remorseful, so just wants to start again,” Lindsay said.

Lindsay said the song could be taken to be quite religious, although he wasn’t religious himself, but there was always hope in everyone’s life and he wanted to convey that through this track.

“There is always that point where you go, ‘I’m going to start over’ for whatever reason – you could be going down the wrong road, and you just need to stop.

“It is one of those tracks that means so much on a lot of different topics in my life and, musically, it came together really well in the studio,” he said.

Lindsay has had a rollercoaster ride in life and his music – he was a Star Maker grand finalist in 1997 and 1998 and graduated from The College of Country Music in 1998 (now known as The CMAA Academy).

Having played in rock, pop and hard rock bands over the past 20 years, the Ettalong artist has returned to his original calling in country music.

“Country music feels like home to me; it feels as good as it felt back in 1997 and 1998 and starting again feels like what I am doing now,” he said.

“I should have stayed in country music, but I went on the journey that I went on and here I am, starting again,” he said.

Start Again debuted in the iTunes Country Songs top 100 chart, with Eleven to be released on September 11 and available now for pre-order.