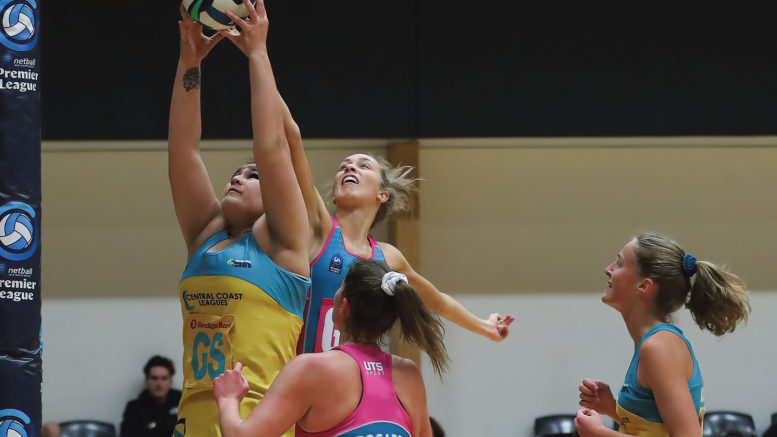 Milly Lupo in action for the Heart Under 23’s squad with support from Erin Asquith Photo: May Bailey/Clusterpix Photography

The Opens made it five out of five, with another high scoring performance, locking down an early lead that after the first quarter put the Sparks at a points deficit that they struggled to come back from.

“It was goal for goal in the opening quarter, but the Heart started to pull away in the second, keeping the Sparks to just four goals in the whole quarter,” said Club Captain, Alisha Walsh.

“Coming into the fourth quarter, we were ahead by 10, but strong adjustments to positional changes from our opponents allowed us to take that up to 20 goals, to take the win 56-35,” Walsh said.

The Under 23’s left nothing in the tank as they went point for point against the Sparks to come away with a 42-all draw that came right down to the wire.

Having been down by three points in the dying minutes of the game, Walsh praised the team for equalising, but admitted that time got away from them on the court.

“Our second quarter was our best, winning 14-7, however, the girls did lose momentum in the fourth.

“They did well to pull back the goal deficit with only a few minutes to go, but time beat them, and they were unable to score a winning goal,” Walsh said.