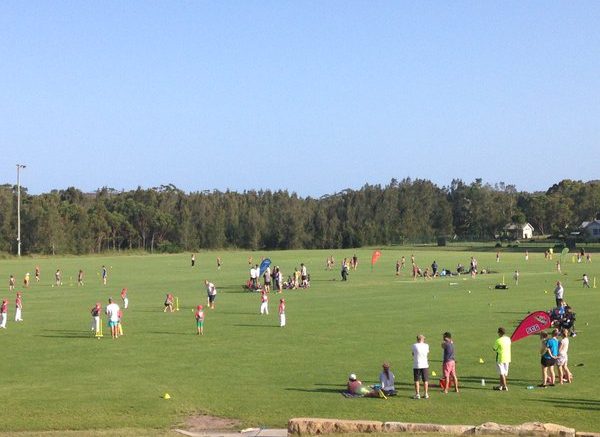 EDSACC oval has been the venue for the CC SportsFest. Archive 2017

One sporting group wanted the changes deferred until next year, while a bowling club wanted a land lease only, to release Council from building maintenance responsibilities.

From the Breakers Club to Mannering Park Progress Association, 25 different groups put in submissions complaining about aspects of the new arrangements.

A report to Council on August 10, which was adopted without any debate, simply noted the submissions and said Council would reply individually.

A submission from the CCSC Executive and Members said they were in favour of a separate Facilities Leasing and Licencing Policy for sport because sport was unique in its delivery of service to the community.

“The field-based sporting community on the Central Coast are not for profit (except for one code) and they have contributed and continue to contribute to the renewal and upkeep of sporting facilities,” the submission said.

“In the current environment and (with) the impact of COVID19 the CCSC request that the Draft Facilities Leasing & Licencing Policy Document be deferred until 01/02/2021.

“This will allow Council and the community to better analyse the document, along with the immediate and potential lasting impacts of the COVID19 pandemic.”

CCSC said there were several responsibilities under agreements that would transfer costs to clubs.

In response to a three per cent rent increase for category three to seven tenants and market rent reviews every five years it suggested that any Lease and Licence on a sporting facility should only pay $1.

“The clubs/associations are making improvements to sporting facilities all the time to the benefit not only to sporting organisations but to the whole community,” CCDC said.

“The Central Coast Sports Council have completed this submission after consultation (with) member sports and request that the Central Coast Council strongly consider adopting the suggestions put forward in the submission.”

By contrast, the Long Jetty Seniors were happy with the new lease.

“This submission was studied by our Committee at a recent meeting and all agreed it was most acceptable,” the group’s submission said.

A neighbourhood centre said it was happy with the new lease but wished the negotiations were quicker.

“The uncertainty around when new leases will be offered has been very stressful and left vulnerable community centres paying over $25,000 per year in hire fees while those who already have leases pay less than $2000 per year,” the submission said.

“Some community centres have been pressured to pay the scheduled fee for their centres which can equate to $800 per week.

“As the manager of a neighbourhood centre, I am looking forward to the day we will only pay $1200 per year and not have to manage the bookings for council spaces for little or no reward.”

Council’s response was that the Property Officer would respond directly back to the tenant with specific feedback.

Council said the new policy was developed to enable a consistent and transparent approach to the management, operation and planning of Council’s community facilities that operate under lease, licence, hire and volunteer models.