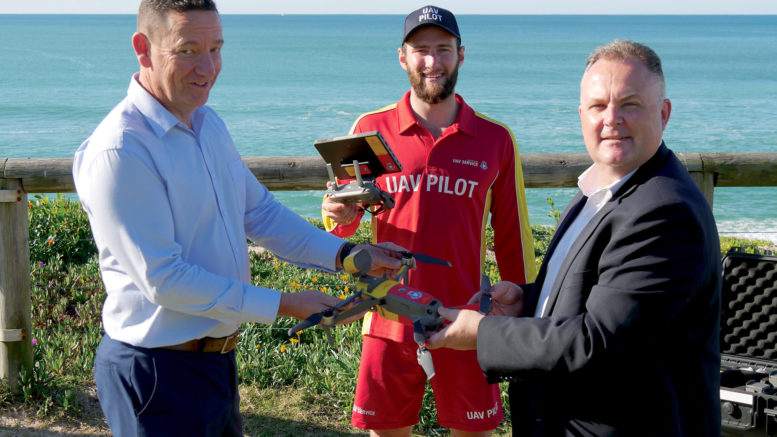 Beachgoers at The Entrance North and Avoca will be better protected this summer with an expansion of shark-spotting aerial surveillance by drone cameras.

The drones will be used for search and rescue, marine animal sightings and incident support, and each drone will also be fitted with a speaker attachment for live and pre-recorded messaging to alert beachgoers.

As well as the drones, shark meshing will be installed at Lakes Beach at Budgewoi, Soldiers Beach at Norah Head, The Entrance, and at Shelly Beach at Bateau Bay.

Parliamentary Secretary for Central Coast, Adam Crouch, said the number one priority was to keep people safe at Coast beaches.

Agriculture Minister, Adam Marshall, said the 2020/21 NSW Shark Program was a new approach to shark management based on five years of scientific research into shark behavior.

“Our world-leading research showed SMART Drumlines and drones are the most effective detection and surveillance tools, which is why the NSW Government will deploy new drones at 34 beaches across the state and maintain SMART drumlines in high risk locations,” Marshall said.

“These measures will be complemented by 21 shark detection stations along the coast as well as ongoing shark meshing on 51 beaches between Newcastle and Wollongong.

“While no government can ever fully reduce the risk of shark interactions at our beaches, this new program is backed by world-leading research and will provide the best in modern protection methods to our coastal communities.”

Drone operations will commence at the beginning of the 2020/21 summer season.

Final instalment of funding given to surf clubs