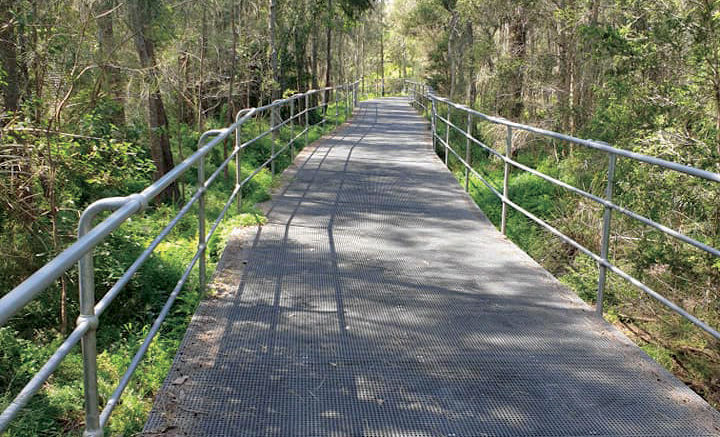 Users of the Kincumber-Davistown track are warned to keep on their guard after one user believes she uncovered an elaborate ruse to lure people off the pathway and into potential danger.

A woman – who wishes to remain anonymous – said she was cycling with her children on Monday, July 6, when a panicked, female voice calling for help rang out from bushes along the stretch of track before the Saratoga/Kincumber playground.

After investigating the source of the cries, the woman believes she was at best the victim of a cruel prank or at worst had stumbled into something far more sinister.

“We stopped and I stepped slightly into the bush to see if I could help but couldn’t see anyone there.

“I called out to see if she was okay.

“There was no answer to my questions but just more chilling calls for help.

“Just as I was about to walk further into the bush to check, I worked out that the calls were actually coming from a hidden speaker.

“Before quickly leaving with my children, I could just make out two men who could have been older teens hiding in the bushes.

“I contacted the police who said they would follow-up.

“I don’t know whether this was a cruel prank or a plan to lure people into the bushes.

“Either way, I just wanted to let others know that this is happening,” the woman said.