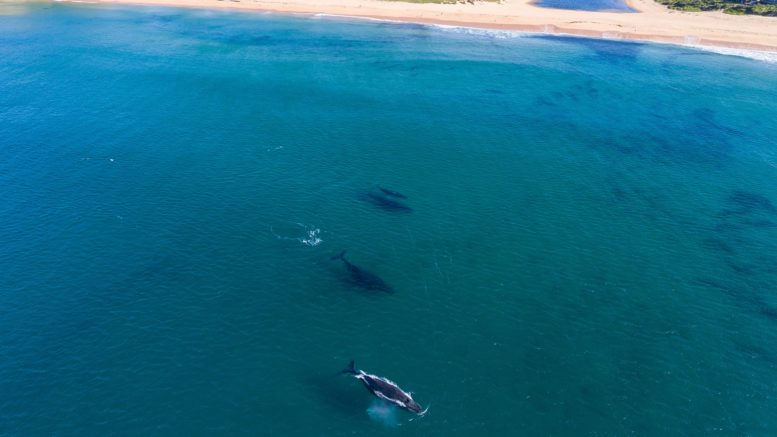 On June 28, dozens of locals flocked to headlands around the Central Coast to witness the northern migration of some of the world’s largest sea animals.

This event was part of an annual whale census run by the volunteer based group, Organisation for the Rescue and Research of Cetaceans (ORRCA).

Humpbacks and bottlenose dolphins were among the many different types of marine mammals spotted by enthusiastic locals.

Results displayed on Facebook showed that there had been 1,250 Humpback Whales sightings recorded off the East Coast of Australia by 3 pm. By sunset that day, the total number of mammal sightings along the whole coast had reached 1,679.

Every year, ORRCA records this migration data with the aim of helping conserve and protect the welfare of the animals.

They are also involved with protecting seals, dolphins and dugongs. According to the International Whaling Commission (IWC), assessing the population status is not straightforward. There are a number of challenges to overcome, not the least of which is that whales spend most of their time deep under water and many inhabit the world’s most remote regions.

Whales are long-lived, relatively late to reach maturity, and only have one calf every 1-3 years, so assessing population trends can only be accomplished with consistent monitoring over a long period of time.

In 2010, the IWC’s estimated a population of humpback whales of 14,500 off Eastern Australia. In 2016, Dr Michael Noad, from the University of Queensland’s Cetacean Ecology and Acoustics Laboratory, said that the most recent figures in 2015 showed 24,500 whales – a rate of increase of over 10 per cent per year. More recent estimates have been put at over 30,000 humpbacks.

As participants in the ORRCA census, citizens were encouraged to register their location with the organisation and then fill in a log sheet that asked them to report the species and behaviour of any animal observed.

Census results from previous years have shown a gradual increase in the numbers of whales migrating north. The final results for this year’s census with be released shortly.