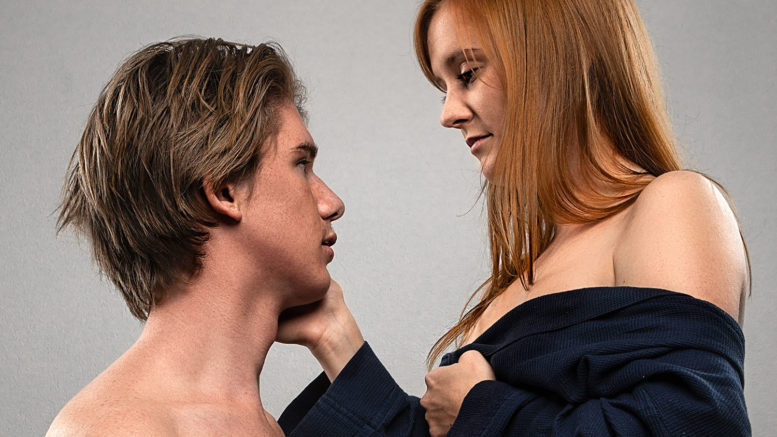 Two Central Coast talents are set to star in what could be Sydney’s first professional play post-lockdown.

Umina Beach’s Samson Alston and Gosford’s Tom Kelly have both been cast in Lambert House Enterprises’ The Credeaux Canvas.

Originally set in New York in the early 2000s, the famous Keith Bunin play centres around three disenchanted twenty-somethings who hatch a plan to dupe a wealthy art connoisseur into buying a forged painting by obscure artist in vogue, Jean-Paul Credeaux.

Rachel Marley rounds out the main trio as Jamie’s girlfriend Amelia, a songstress who’s burning out waiting tables while chasing her dream.

A window into the disillusionment of entitled Generation Ys, the play is laced with humour, sexual tension and a famous but very unusual nude scene between Alston and Marley’s characters.

For many actors the prospect of stripping down and performing is a daunting one, but Alston is taking his naked debut with a confidence and composure you would not expect from someone also making their professional acting debut.

“When I read the scene, I told myself if I’m going to pursue this (acting) then I better take it all the way,” Alston said.

The scene itself runs for around 20 minutes and sees Alston’s character strip off to make Marley’s character more comfortable as she poses nude for the forgery Kelly’s character has corralled them into helping him with.

Without giving too much away, Alston said it plays out differently to what audiences might expect.

“This scene is honestly one of the main reasons why I love the play.

“It’s been described as the most unsexualised nude scene in theatre.

“It’s very beautiful and open with a focus on romance,” Alston explained.

The scene is one of many unexpected turns in a tale that ultimately boils down to loyalty, lust and trying to find yourself with a faulty moral compass.

For Alston, who gave up a potential career as a pro surfer to pursue acting, it’s a dream come true.

“I moved to Bali to pursue my surfing, but I always knew I wanted to get into acting,” Alston said.

After returning to the Coast, Alston completed a Certificate IV in Musical Theatre and began attending industry workshops to further hone his skills.

He got his first big break after impressing renowned acting coach, Shelia Gray.

Alston was visiting family in New York when a chance to attend one of Gray’s Manhattan classes presented itself.

After a standing ovation for his improvisation work, Alston was invited to join the class on a permanent basis and now regularly attends Gray’s workshop virtually.

After a few months of Zoom rehearsals Alston says he is ready to tackle face-to-face rehearsals with the rest of the cast in the countdown to opening night.

Kelly has a bit more experience under his belt, having made his professional debut in Phil Moore’s A Voyage to Arcturus last year and starring in productions with Gosford Musical Society and Tuggerah’s Jopuka Productions.

Like Alston, Kelly is keen to expand his horizons with The Credeaux Canvas and is looking forward to being in one of the first professional productions in NSW since March.

He’ll also be taking off his clothes as Alston’s understudy, but according to Alston there’s no rivalry there.

“He’s around my age and the arts scene on the Coast is small so everyone knows everyone.

“It’s great having a mate in the project,” Alston said.

Les Solomon’s The Credeaux Canvas will be performed at Sydney’s El Rocco Café and Theatre under special COVID safe guidelines and opens on July 23.