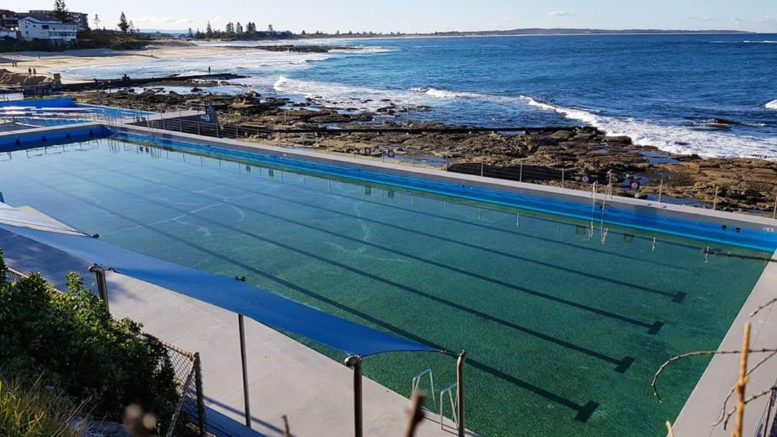 The Grant McBride Baths at The Entrance

It still might be too cool for a dip but the sparkling clean waters are enticing after Grant McBride Baths at The Entrance have had a spruce-up during the enforced COVID-19 closure.

The baths re-opened on July 2 after being emptied and cleaned as well as extensive repairs and maintenance on the viewing deck, shade sail, amenities, stairs and handrails.

A lifeguard will be present at the baths each day between 8am and 1pm.

Located at the southern end of The Entrance Beach on Ocean Pde, the 50m lap pool, 22m pool and children’s wading pool are heritage listed.

The ocean baths began as just a simple rock pool, and between 1938 and 1965, they were transformed to the present day recreation area which was heritage listed in 2003, following a campaign to save the coastal icon from potential closure.

Leading the way was the late Grant McBride, who was State Member for The Entrance from 1992 to 2011.

In September, 2018, just months after his passing, The Entrance ocean baths were renamed The Grant McBride Baths in recognition of his efforts to protect them for the community.